Media > Television > Another Game of Thrones Season 3 Trailer Has Arrived

Another Game of Thrones Season 3 Trailer Has Arrived 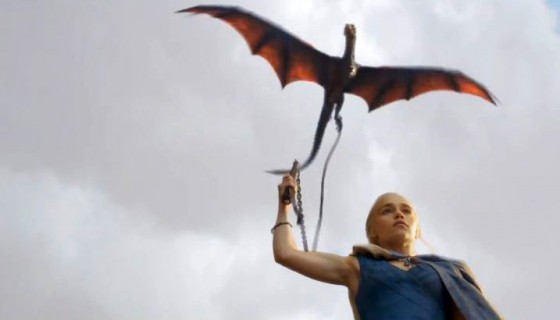 There are many reasons to be pumped about Season 3 of Game of Thrones, which premieres March 31st on HBO, but I for one am popping a throbbing nerd boner for what you see in the above pic. That’s right, a toddler red dragon that breathes fire tied to a chain on Daenerys’s wrist. And that very dragon is all over this new trailer, as is loads of swordplay, much talk of duty, that pissant Joffrey making threats and a snarling dire wolf. In other words, it’s fu*king fantastic!