Sports > Basketball > Another Number One Falls at the Buzzer

Another Number One Falls at the Buzzer 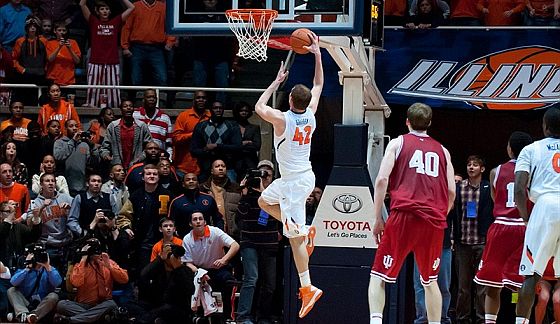 In what has become a common occurrence this season, another top ranked basketball team fell in shocking fashion last night. This time is was Indiana’s turn, after they took the top spot from Michigan last week. Illinois managed to keep it even with the visiting Hoosiers, and had the game tied at 72 with the clock running out. Indiana’s inexplicably decided not to cover the Illini’s Tyler Griffey, who broke open for an easy layup off an inbound pass to seal the win.

We have to applaud the Illini student body for one of the few appropriate court-stormings we’ve seen this season.