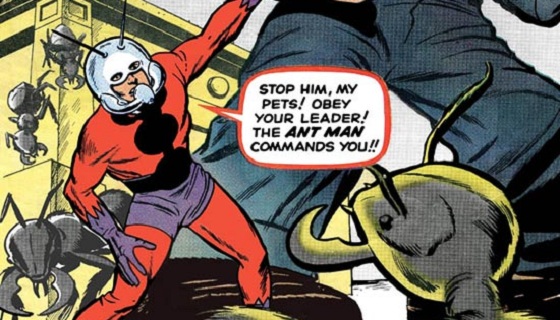 It was recently revealed that Marvel superhero Ant-Man (Hank Pym) will be getting his own film come summer 2015. Since Ant-Man isn’t exactly the most well-known superhero out there here’s a cheat sheet telling you the coolest most important things you need to know about the tiny hero with the man-sized fists.

1. His power lets him keep his human strength level at ant size

Ant-man’s power basically works like so: by using something known only as Pym Particles he is able to shrink his body down to around an inch in size. Which at first glance seems about as useful in the real world as a penis flavored lollypop, but it’s important to not that while ant size, Pym retains the strength of a human sized man. We could explain it in detail, but a picture says a thousand words. 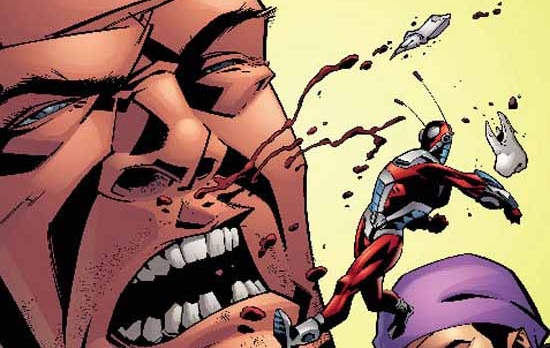 Essentially, Ant-Man is able to whale on an opponent by constantly shrinking and returning to full size, something he supposedly did to great effect in the exclusive teaser trailer. Since we can’t show that, watch this scene of Nightcrawler whipping the CIA and imagine that instead of teleporting he’s shrinking and regrowing.

So, if you mention the film in passing and someone says (because someone always does) that Ant-Man has a stupid power, ask them to imagine how terrified they’d be of spiders or flies if they could punch with the force of a fully grown man with tiny fists smaller than their eyes! 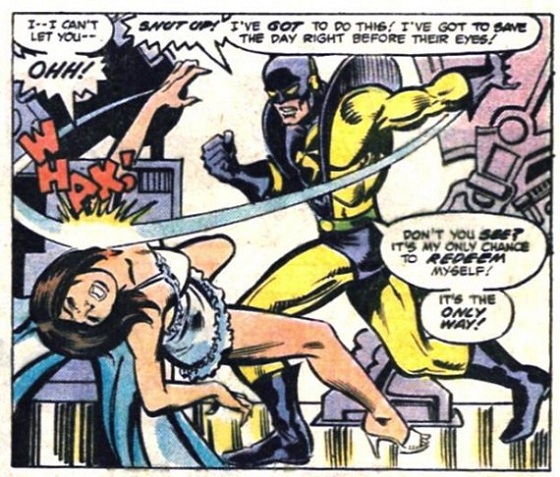 In reality ants don’t have wives. That’s a fact.

Over the years some people have claimed that Pym didn’t mean to do it, however, from that comic strip (which is accepted canon) you can clearly see Pym introducing his wife’s face to his ring hand. Then again she should probably be happy he didn’t shrink down and slap the shit out of her shins.

So when they finally announce who’s actually going to play Ant-Man, consider the chosen actor is playing a man who at one time uppercutted his wife and be sure to mention it out loud, a lot.

If you could shrink down to the size of an ant, what’s the first thing you’d do? You don’t need to answer because Ant-Man already did it. 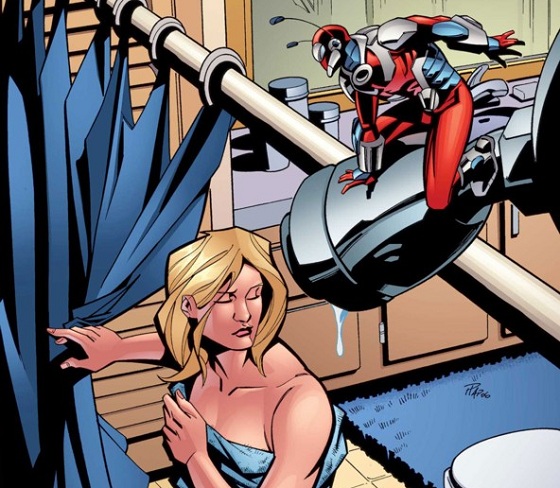 Ant-Man wants to hit that, literally.

And who among us wouldn’t want to enjoy boobs while tiny?

Basically, Ant-Man is awesome, except for that one time he hit his wife. That was a douche move on his part.

Finally, here are some vital facts to top up your knowledge should you ever need to bluff your way through a conversation.