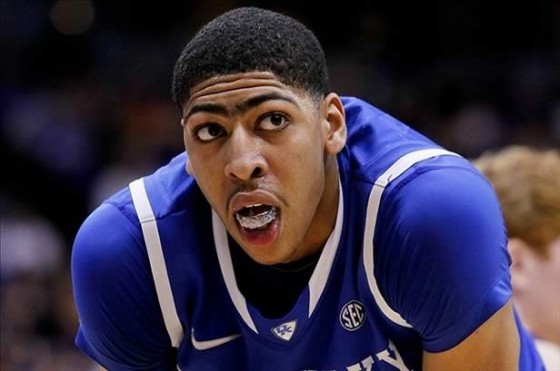 Anthony Davis is one hell of a good basketball player. So good, in fact, that he’s been a lock to be the top pick in Thursday’s NBA Draft pretty much since the start of the college basketball season, and his status was only solidified when he led Kentucky to a national title in April.

Even if you don’t really follow basketball, chances are you’re going to become familiar with Davis, who has one particularly distinctive feature that will surely make him one of the most recognized athletes on the planet. We’re talking, of course, about his unibrow.

Davis is so proud of his unibrow (and why wouldn’t he be?) that he’s actually trademarked the damn thing.

Well, not the idea of actually growing a unibrow, so all of you hairy bastards out there can rest easy and not worry about shaving that one magnificent beast into two individual brows. Instead, Davis has trademarked the phrases “Fear the Brow” and “Raise the Brow.”

According to Davis, while he’s only trademarking those two phrases, he actually does foresee people trying to grow their own unibrows in an attempt to make money off it. We can’t imagine that would be a very good plan for anyone, though, since we’re not sure the circus still has freak shows, and if they do, it probably doesn’t pay very much.