Gadgets > Electronics > Apple is the Scientology of Tech

Apple is the Scientology of Tech

You probably read that title and assumed we were going to take a cheap shot at Apple being like a cult. Well at Gunaxin we’re above taking cheapshots, unlike your mother!

No, what we’ve noticed are some spooky parallels between Apple and the worlds most controversial religion. Parallels like …

They both sue and pursue people, forever. 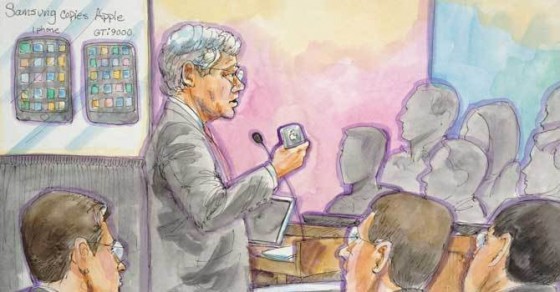 Apple has been in court dozens of times over patent violations, recently they've been suing Samsung like there's no tomorrow and have taken them to court enough times to start a rumour they've got a crush on the presiding judge.

Similarly, Scientology as a collective entity have followed and harassed the shit out of people here in the meat world to a point it borders a pathological obsession. But that's just the tip of a suspiciously turd shaped iceberg because as well as being almost dangerously obsessed with suing people, both Scientology and Apple are guilty of...

Apple owns the patent on almost everything in your phone, the slide to unlock feature is one of those things. Since Google apparently hates hipsters, when they were developing a phone they purposely included a tap to unlock feature. Apple took them to court any way, arguing that, we shit you not, "a tap is just a zero length swipe". 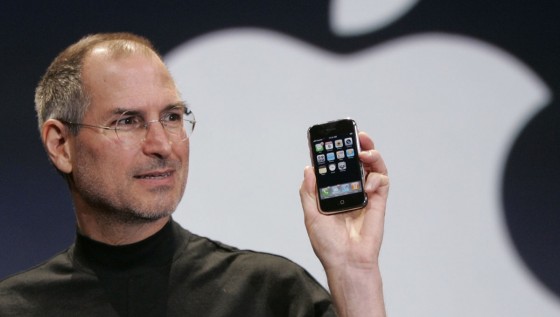 Rumor is he wiped his balls on every third one sold.

Apple has the same mentality, sure they do it in court, but that just means it's harder to say it's illegal. As soon as a case is thrown out of court, Apple will refile that shit so hard and so fast people in the immediate vicinity presumably get caught in the justice gravity and are automatically ordered to pay Apple for libel. This got so bad that a judge presiding over a case was forced to dismiss a case with "prejudice" effectively stopping either side from refiling.

The crazy part is, this isn't likely going to stop them, Steve Jobs once went on record and said he'd gladly spend every penny Apple had (40 billion) to go global thermonuclear war on Samsung's ass. Holy crap, Apple are basically trying to beat their competition into submission with the ghostly hatred boner of the recently deceased Steve Jobs. And Apple is totally willing to spend every penny you give them to make that happen. That shit is way crazier than all that Xenu crap and Apple will probably sue us just for saying that.

Apple's fuckery and terrible factory work conditions are pretty well known by now, regardless of what Apple say, when people are committing suicide at your factory, you're doing something terribly wrong, or fantastically right as a monolithic mega business.

Fair enough, having to work under a sheet with a spy camera trained on you is pretty bad, but it's not quite as bad as working for the church of Scientology, where you sign a contract to work for a billion fucking years. In terms of pay, it's almost the same, by which we mean, neither pay you very well at all. If you're an Apple employee in America, you could potentially earn 15 grand a year, but while doing that you could easily make Apple half a million in sales.

Also, just like with Scientology, where you're not allowed to learn the true nature of the religion until you've invested thousands of dollars or Google "Scientology". Apple won't let its workers see any real Apple projects until they think they can be trusted. Instead they make engineers work on fake projects until the company builds up a decent enough profile on them to decide if they're ready or not.

Ok we said we wouldn't go there. Truthfully, we're not qualified to make that call, because we're just a bunch of guys who really like boobs and alcohol. However those much smarter than us say it's true. As they note, Apple has special names for its employees and it's own special lingo, not dissimilar from Scientology. And that's just the start.

Then you have the fact that its employees are banned from talking to the media. And as this CNN article points out, when Apple hires you, the process is comparable more to indoctrination than actual training.

It's noted that Apple will applaud new employees for several minutes when they start, just letting them stand in place awkwardly as people cheer their name until they join in. Even though Apple employees make Apple a fortune in comparison to what they actually earn, they're taught to do it for the love of Apple, not money. You know, even though Apple is worth billions. Then again, the iPhone is still pretty sweet, so we guess it's worth it.