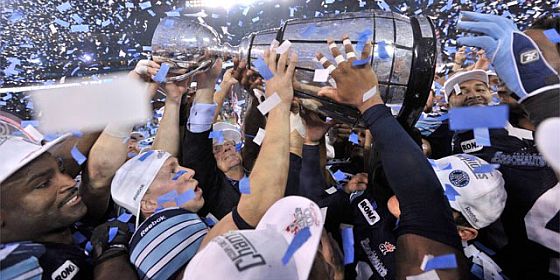 While the Canadian Football League championship game didn’t receive much coverage stateside (it was aired on NBCSN) it was still a major event. In the biggest non-U.S. based football game of the season, the Toronto Argonauts defeated the Calgary Stampeders 35-22 to capture the 100th Grey Cup. Toronto captured their first Grey Cup since 2004, and 16th overall in front of the home crowd at Toronto’s Rogers Centre. 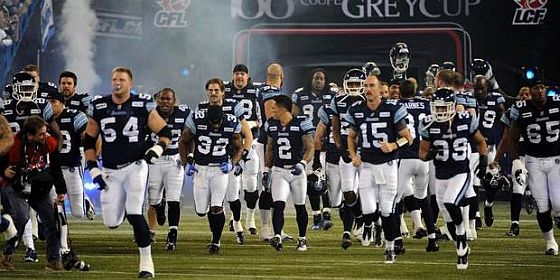 The Argos were led by  RB Chad Kackert (New Hampshire) who won the MVP award and QB Ricky Ray (Sacramento State), who had two touchdown passes on the day. Fellow Sacremento State alum Jason Barnes was the leading receiver for the Argos, while the defense was paced by former Redskins pick Robert McCune and Falcons pick Ronald Flemons. The Argos won the title in their first season under rookie Head Coach Scott Milanovich, the former Maryland and NFL quarterback. 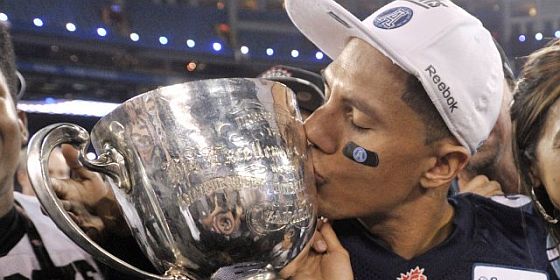 It was a relatively quiet celebration for Argos fans, dozens of whom took to the streets to celebrate.

The biggest headline from the game didn’t happen during play, but in the halftime show. Canadian native Justin Bieber, performing in a lineup that included Carly Rae Jepsen and Gordon Lightfoot, was booed both before and during his appearance.