Art Donovan: The Man Who Saved Football in Baltimore 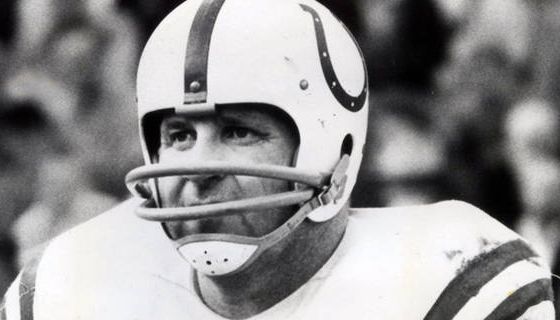 What was supposed to be a celebratory weekend in Baltimore, with the Hall of Fame induction of original Raven Jonathon Ogden, took a somber turn Sunday night with the passing of Colts Hall of Famer Art Donovan. The former football star turned storyteller was 89.

Like Ogden with the Ravens, Donovan was one of the original Baltimore Colts, moving with the team to Baltimore from Dallas in 1953. (This was actually Donovan’s second stint in Baltimore, having been drafted by a different Baltimore Colts franchise in 1950.) Over the next nine seasons in Baltimore Donovan became one of footballs biggest defensive stars, making five Pro Bowls and leading the team to a pair of NFL titles in 1958 and 1959. In 1968 he became the first Baltimore Colts player to make the NFL Hall of Fame.

While his legacy on the field earned him honors and accolades, his was his off-field activities that made him a star. A gifted, and self-effacing, storyteller, Donovan became known for his tales from behind the scenes of the NFL locker room. A man who enjoyed junk food and beer, Artie was rarely unwilling to share a story over a can of Schlitz. His humorous stories and easy demeanor earned him regular spots in NFL documentaries and regular spots on the David Letterman show in the ’80s and ’90s. He also served as an announcer for the WWF’s King of the Ring event in 1994.

While national fanfare was nice, Artie remained loyal to his adopted hometown of Baltimore. It was Donovan, more than any other figure, who kept the love of football alive in Baltimore after the Colts left town in the early 1980s. His Sunday morning TV show, Braase, Donovan, Davis and Fans, aired before football games in the 1990’s even before football returned to Baltimore in 1996 and served to keep fans from turning away from the professional game. When Art Modell moved the Browns to Baltimore for that season he made sure to include Donovan and the other old Colts in the festivities, to bridge the gap between the old team and the new one.

Donovan was also inducted into the Marine Sports Hall of Fame in 2004. He served in the Marines during World War II, and was part of the Battle of Iwo Jima.