Our friends at AskMen.com have released their list of the Top 49 Most Influential Men of 2009. First of all, I have no clue why they don’t just make it 50, but its their list, so just go with it. Here is the info: 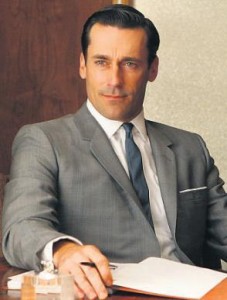 The list assembles a diverse collection of men from around the world and from a variety of industries including entertainment, politics, technology, and sports. All the honorees had a direct effect on the way men see the world, and notably in 2009, many reflect classic values that are most meaningful to the male identity today.

“In a turbulent 2009, men are seeking the stability of tradition in the masculine qualities that they imagine their fathers and grandfathers to have had,” says James Bassil, Editor-in-Chief of AskMen.com. “The character of Don Draper brings all these traits together, and in doing so speaks directly to the modern man. He’s a man whose time has come.”

Others on the list embody a host of classic qualities; Usain Bolt as the personification of competitive and athletic ability, President Barack Obama as the male portrait of classic statesmanship, Mark Zuckerberg and Steve Jobs as pillars of entrepreneurial spirit and determination.

It’s surely an interesting mix, with a Television character taking #1, an athlete who many think is cheating at #2, and the President of the USA coming in 3rd. Check out the full list over at AskMen.com. When your done looking at dudes, feel free to check out their list of the Top 99 Most Desirable Women.