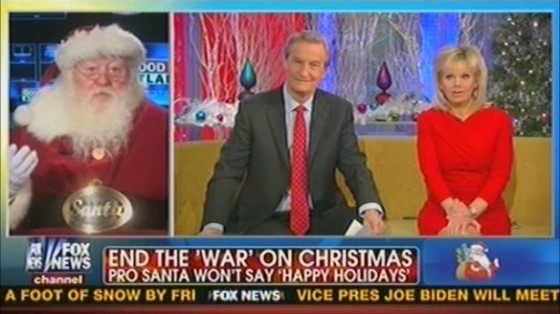 Christmas is coming soon and the party animals around the world are getting ready to have their best time of the year. The most celebrated holiday around the world brings a big smile to almost everyone’s face and the spirits of greediness and excessive consumption conquers our hearts during this supposedly “holy” season. Not that we are not being greedy and hungry enough for the rest of the year already, but at least during Christmas we have an excuse to pig out on every possible level without feeling any guilt.

So as I was doing my ordinary Monday food shopping in the super market the other day, I happened to listen an older religious lady discussing with her friend about her “lost” teenager grandson, who confessed to her being an atheist. Her biggest concern of all strangely was how her grandson will not be able to enjoy Christmas this year and I – as an indiscreet listener – realized that the misconceptions about atheists are truly endless.

Here are some about atheists and Christmas.

This must be the biggest lie I’ve ever heard in my life – excluding Bill Clinton’s all time classic “I Did Not Have Sexual Relations with That Woman.”

Again, who said that atheists don’t like to party hard, travel to nicely decorated places, meet up with friends and family, eat delicious goodies, drink champagne and have festive sex? Just because some people love to put labels on certain things, it doesn’t mean anything really. Even Alfie from the homonymous film admits that Christmas is the best time during the year to hump as many available and desperate ladies in a Christmas party; and please don’t try to convince us that Alfie did all that in the name of Christianity or something. The man just wanted to have some fun just like 99,9% of the people, theists or atheists, love to do it during Christmas.

Heck, at this point even the vast majority of Muslims, Hindus, Buddhists and all kind of non-Christian immigrants in Europe and USA love to take part in the big happy party called Christmas. What are we celebrating again?

Right…. Because you see your average atheist is 80 years old, stingy, bald, ugly, in a bad mood like constantly, rude to the people around him and loves to work 24/7. It might sound funny or even unbelievable to some, but that was a real statement.

What’s really unfortunate however is that the three Ghosts of Christmas that visited and changed Ebenezer’s mind about a series of things, haven’t visited many (if any) atheists to change their minds and show them how wrong they are for doubting the existence of the ONE and ONLY. Or maybe Christmas spirits don’t travel to the real world too often? 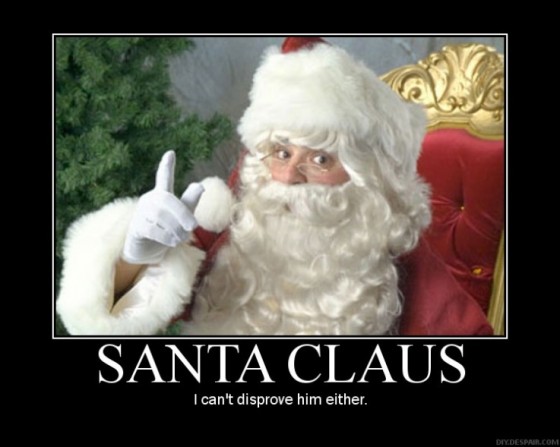 Who said that atheists don’t like fairy tales? By the way how many adult Christians believe in Santa’s existence? Zero to none probably.

One way or another, last time I checked and if some of my sources are true some of history’s greatest story tellers such as the father of myths and fairy tales – Aesop – were atheists as well. So as one can easily understand atheists love fairy tales just like everyone else. Hansel and Gretel, The Three Little Pigs, Alice in Wonderland and especially this one about a chubby, happy and older grandpa with a big white beard who flies with his magic sleigh and gives gifts to every kid around the world. Now why he seems to systematically forget the kids of Africa, Afghanistan, Philippines and India, is another story. Maybe the parents in those places can’t afford Santa’s airfare? Or are the toll roads too expensive in those places?

Alright the nice older lady might have a point with this one. The news terrorized her fragile poor soul and we must admit that the current president of the American Atheists, David Silverman, doesn’t help much with his statements and interviews to Bill O’Reilly. It’s very possible that he probably had a really bad day, or he just was trying to get his 15 minutes of fame or something, because I can guarantee you that the vast majority of atheists around the world, don’t feel that way AT ALL.

Atheists usually are some of the most open-minded and free people you can meet out there. The really don’t mind if some people love to make parties about fictional superheroes and Gods such as Spiderman, Superman, Jack Sparrow, Zeus, Jesus or Buddha.

People can claim and find a reason to celebrate all they want. In some places footballers such as Diego Maradona and David Beckham have their own churches and are considered to be deities. This is a free world after all.

This must be why Atheists hate Christmas right? They just don’t like giving presents! If one takes into consideration how some of the greatest humanitarians – who have donated hundreds of millions of dollars in charity such as Bill Gates,Warren Buffett and Ted Turner- are atheists, then he can easily realize how stupid and irrelevant the specific “argument” is. Again, look at #1: it’s not that Atheists hate Christmas, or don’t like to share and take part in the celebrations of the specific pop culture’s major event. It’s just that most atheists tend to be more realistic and don’t have any illusions or “sacred” expectations from the specific festival. They also tend to be brutally honest and put into words what most Christians know as well, but are afraid to openly admit: that Christmas is nothing more than a business industry with a profit of billions of dollars.

6. Ruining the Christmas Myth with Facts

The truth actually seems to be far from what most religious people want to think. Most educated and sophisticated atheists seem to like Christmas and actually celebrate it too. And how couldn’t they? 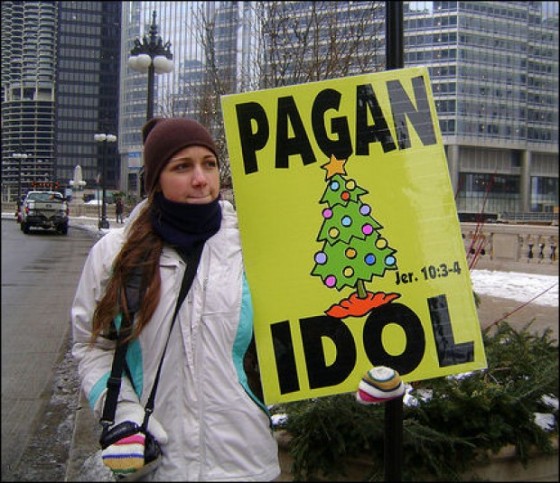 Christmas has nothing to do with either Christianity or Islam or Buddhism or any other religion. Historically looking at the whole thing, Christmas has its origins in the midwinter festival and many other pagan rites. The ancient European pagans celebrated the midwinter festival and a number of other festivals long before Christianity ever existed. The Romans held a festival on 25 December called “Dies Natalis Solis Invicti,” celebrating their own god Sol Invictus. 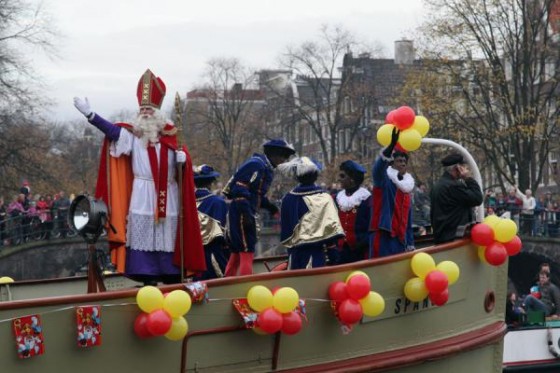 Scandinavian countries later celebrated Yule (Christmas for Germanic Pagan tribes) honoring another “existing God” such as Odin… or was it Thor? Actually even our Christian “hero” Santa Claus, came from the Dutch “Sinterklaas”, a tall old man who kinda looked like Gandalf; his favorite habit was riding a white horse and flying in the sky, usually accompanied by Black Peter, an elf who punished insubordinate children. Sorry to ruin it for you fellas, but the modern red-coated version of Santa was introduced in our pop Christian era by Coca Cola. Sad huh? 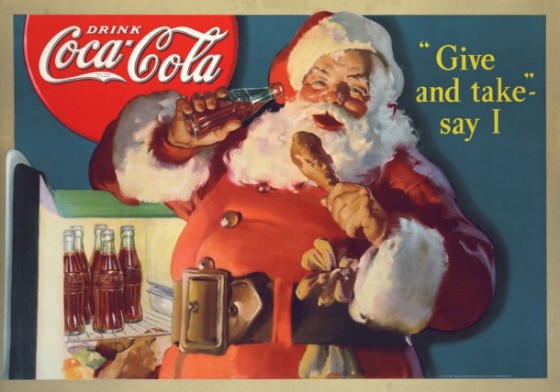 I could keep going on and on by mentioning more and more historical facts, but it’s already clear that Christmas is the time of the year that Christians strive to prove just how Pagan they have become. So the question isn’t if Atheists should love, hate, or celebrate Christmas, but why the heck Christians celebrate it to begin with. Jesus wasn’t even born on December 25th.

Presidents and the National Turkey

Helpful Tips to Avoid Being “That Guy” at Thanksgiving Dinner