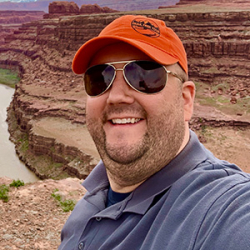 Philip Van der Vossen
Editor at Gunaxin
Philip Van der Vossen is the Editor of Gunaxin, a Men's Lifestyle Magazine that was established in 2008, and OffRoadTripz, an Off-Road Travel Site that was established in 2020. Additionally, Philip has served as Rally Director for the Washington Automotive Press Association, Speaker at IMPAcon and Blogs with Balls, Chairman of the Relay For Life of North Anne Arundel County, Examiner Team Leader for the Maryland Performance Excellence Awards, and Credentialed Founder of Capitals Outsider.

Amazing aerial photography from around the world.

Celebrate American Craft Beer Week with some of our favorite brews.

See what you’re likely to be served in airplanes around the globe.

No matter which one of these stellar camping experiences you choose, you will have an adventure to remember.

Over 60 varieties of Pringles for you to try.

Many sleepless nights, hundreds of thousands of photos, and countless hours shooting.

The roots of fantasy baseball can be traced back to the 1960s when Jack Kerouac, the legendary American novelist, acted on his own fanciful ideas as a child. Kerouac’s fantasy baseball would later be adopted by New York journalists who would entertain themselves with what was dubbed the Rotisserie League. By the early 21st century, […]

ECHOGEAR has a fever, and the only prescription is to upgrade your gear.

Illustrations explore the world through the lens of global stereotypes.

Exploring the many fish sandwich options available during Lent.

Mardi Gras (Carnival) Around the World

See how Fat Tuesday and Carnival are celebrated in other countries.

Nature’s Playground, in the middle of the Indian Ocean.

A collection of Happy Meal boxes from some of our favorite movies.