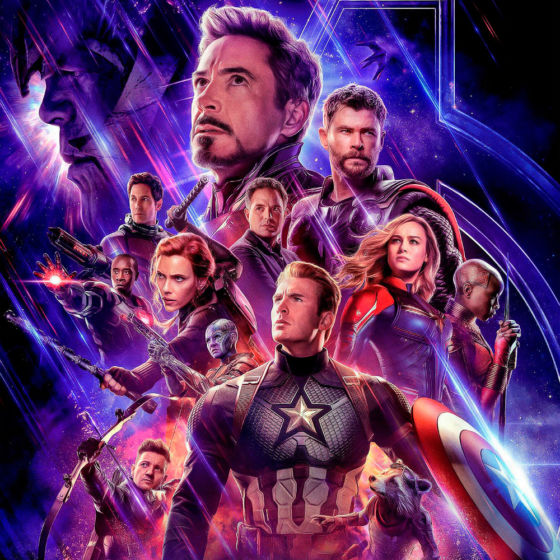 Author’s note: there will be no spoilers AT ALL in this review. This is a film best experienced, not summarized.

Full confession: I don’t think I’ve ever attempted to write about a movie as big as Avengers: Endgame. This, the twenty-second film in the Marvel Cinematic Universe, rides on the twenty-one which came before it, an eleven-year history full of odd characters, personalities, and fantastic voyages. Each of these films is a visual blowout extravaganza, balancing crafty action with genuine humanity, a combination which makes the MCU unique and robust. 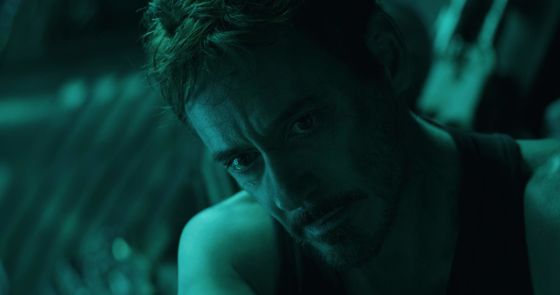 So, now the questions sits: how, exactly, could Avengers: Endgame live up to and honor its predecessors? To put it bluntly, it doesn’t; instead, it blows them all away while still respecting the rich characters we’ve come to know and love since 2008. Six-time franchise screenwriters Christopher Markus and Stephen McFeely have a sure handle on how to best wrap up the Infinity Saga, and they’ve got a hell of a way of letting us know. 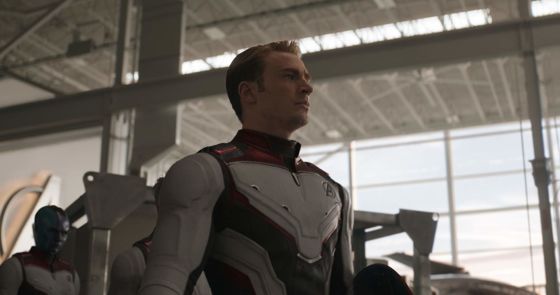 They and directors Anthony and Joe Russo understand that three hours is a lot to ask of you, and it is honestly one of the leanest three-hour films in existence. Story threads from years past are tied off, new heroes are baptized by battle, and the – what’s that you’re saying? How does a film with half the superheroes last three hours? By giving the remaining Avengers – and the audience – a thrilling ride which doesn’t let up until you’re gasping for breath while the final blows are landing and the epilogue starts its approach. 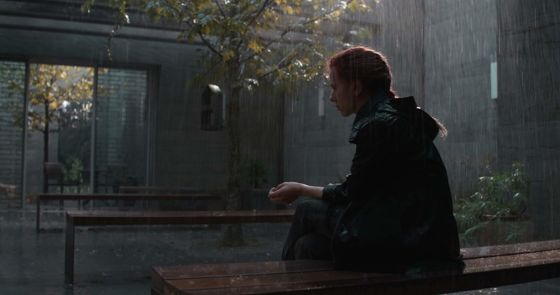 The Russo brothers work with the speed which this story demands, keeping the Avengers spread out on their final mission. Remarkably, our attentions are held captive, as each character’s arc thrums with urgent energy. It’s a juggling act and a plate-spinning task taking place on a high wire which is just about to fray and snap, but the show continues spectacularly without a ball dropped or a plate broken. And it’s a lot to juggle, too. The structure of the film takes our heroes from the macro to the micro, embarking on a team mission which splits them into different places, all for a common goal. 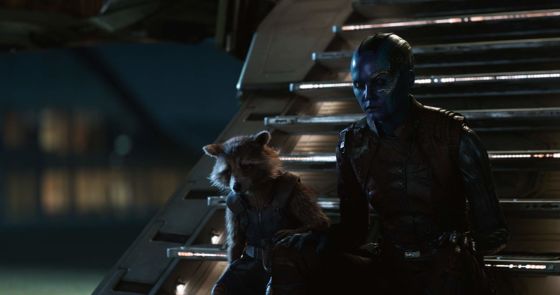 It almost doesn’t matter who’s at the forefront or who survived; we’re “here at the end of all things,” as a certain Hobbit once said. All we can do is witness our heroes try to pick up the pieces without any hope for the future. Even Steve Rogers/Captain America (Chris Evans) is attending support group meetings, trying to figure out his next steps. Natasha Romanoff/Black Widow (Scarlett Johansson) is back at Avengers headquarters, keeping regular contact with other surviving members of their team as they police what’s left of the population. 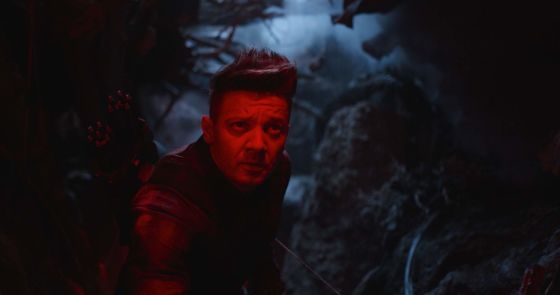 What we see is a rehumanizing of the formerly supernatural. Granted, the films have always focused on the superheroes’ humanity, but their powers are pointless in the face of the world left over from the cataclysmic halving of the universe’s population at the hands of Thanos (Josh Brolin). But when an unexpected ray of hope shows up which could walk back the damage done, the Avengers kick into high gear and risk everything to make it happen. 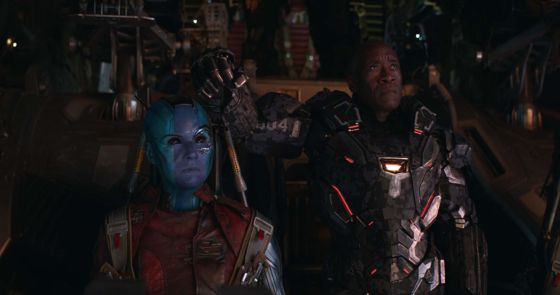 Avengers: Endgame is a film of risks, both in the story and the filmmaking itself. No other film has had the gall to attempt to put an end to as many stories as the Marvel Cinematic Universe contains, and no superhero is left untouched. We run the gamut of emotions – you’ll alternately be laughing, crying, and unabashedly cheering at the film’s events. Through it all, the film’s maxim of “do the right thing at all costs” never wavers, and our heroes carrying through on this promise provides the bulk of this film’s guts and tone. 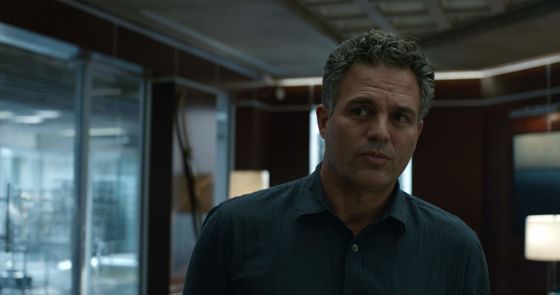 To be sure, there are questions which are sure to nag at even the most novice viewer, especially concerning two characters who may not make it to the final scene. But quell those just for a second, and just accept these potential lapses in logic. The aim of Avengers: Endgame is to power through to its final, beyond-epic showdown and to make this installment feel like the end-all, be-all of superhero all-star films past and present. Enjoy what this film presents to you, even if some moments feel hokey or put-upon, and there are quite a few of them. The Avengers are desperate and looking to hold onto anything for a chance at putting things right, and the work which has gone into getting them to this point absolutely absolves them of any perceived mawkishness. 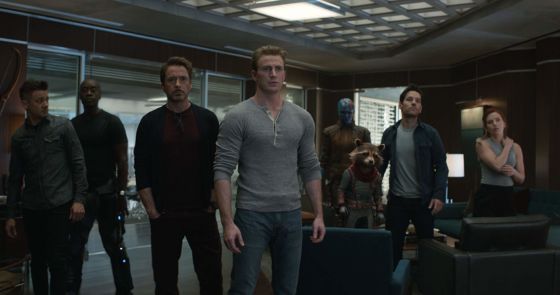 Phase Four of the MCU begins as soon as the upcoming Spider-Man: Far From Home rolls its final logos. It’s almost a shame it has to follow Avengers: Endgame, sure to be overshadowed by the sheer immensity of what happens on screen and the outcomes of a team we’ve been following and hanging our hopes on in our post-9/11 society. We’ve looked to these heroes as an escape from the everyday horrors we’ve faced, and with stakes this big, you know some of them aren’t going to survive to Phase Four. But they – much like the creative team behind the camera – are prepared to sacrifice everything and leave it all on the screen, a gutsy move which pays off like you wouldn’t believe.

MPAA Rating: PG-13 for scenes of sci-fi action, violence, & some language.
No mid- or post-credits scenes, nor is there a “______ Will Return” notice.
Ominous audio easter egg is heard at the end of the credits.
Running time: 182 minutes.
Released by Marvel Studios and Walt Disney Studios Motion Pictures.

How, exactly, could Avengers: Endgame live up to and honor its predecessors? To put it bluntly, it doesn't; instead, it blows them all away.