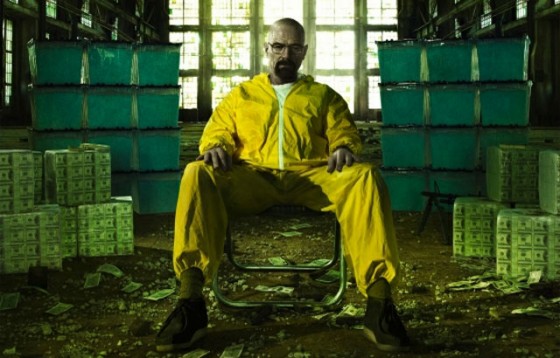 In case it slipped your mind, Season 5 of Breaking Bad premieres this Sunday night at 10pm on AMC. To call it the best series on television doesn’t really do its brilliance justice. The evolution of Walter White from meek high school chemistry teacher to vindictive drug kingpin has been nothing short of remarkable to witness. Creator Vince Gilligan has adroitly raised the intensity over 46 episodes and if early reports are accurate, the final season is going to be a veritable bloodbath. Despite the background music being a tad high, this tribute video does an excellent job of recapping the drama thus far.