Three Female Game Characters You Just Might Fall in Love With 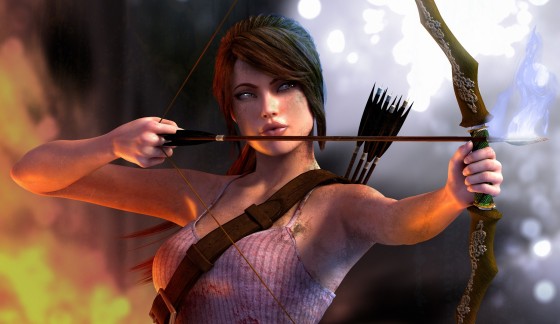 Women are steadily rising as society’s major driving force (prediction: all men will eventually be enslaved by women) and the world of video games clearly depicts this phenomenon. The video game industry has unknowingly put forth a whole slew of examples of women of the future already and things aren’t looking good for us guys (one of them has a flippin’ gun for an arm, people!). But alas, our fear of any women willing and capable of kicking our teeth out doesn’t keep us from loving them. Thus, without further ado, here are three of the video game industry’s finest lady heroines that you could just find yourself falling for: 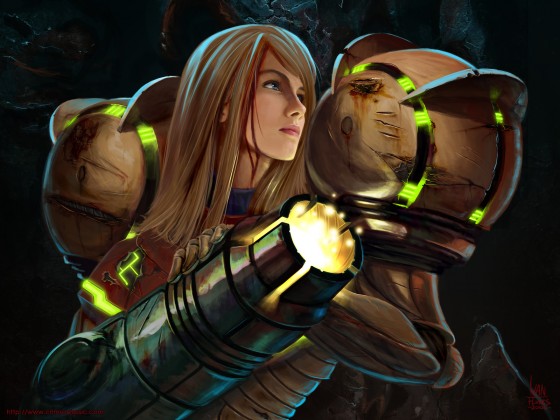 Whenever someone mentions female game characters, this lady is one of the first to cross your mind. She’s a gun-slingin’ nano-suit wearing assassin who strikes fear in pretty much all of her enemies. Seriously, who would mess with someone who’s totally capable of rolling into a tiny little ball and bouncing THROUGH your freakin’ body?

Samus’s career as a space assassin has taken her all over the place in search of dangerous monsters that she has easily put down without even breaking a sweat (it’s hard to sweat in a suit like hers anyhow). It’s hardly a surprise that she finds defeating her monstrous enemies so easy to do though; after all, she does have a massive gun instead of a hand on one side of her suit that fires lasers, chargeable plasma balls, heat-seeking rockets and just about anything else fireable without ever really running out of ammo.

But beneath the hardened metal exterior of her special suit is a beautiful, intelligent blonde woman who any man could and would fall out of his chair for.

Lara Croft has evolved quite a bit over the years into the adventurous heroine she is today. Back in the day, the main focus of the Lara Croft character was regrettably (ever so slightly so) her boob size. Of course, over the years things have changed a bit and now (after a boob size reduction or two) most people know her as a fearless gun-toting adventurer.

If you like action in every sense of the term, then you will certainly love playing tomb raider as none other than the beautiful and dangerous-as-hell-itself Lara Croft.

What more could any sensible man ask for? She’s tough as nails and quite capable of decimating entire evil legions of enemies single-handedly, yet she’s also insanely sexy at the same time. Just stay on her good side and you won’t have to worry about the heat she’s constantly packing being turned on you.

Zelda is often found to be the focus of any game with Link in it and for good reason too; she’s amazing. During the day, she’s a beautiful, dainty princess who’s thoroughly adored by all of her subjects and kingdom (obviously including Link) whilst at night she suddenly dawns a manly disguise (as Sheik) and runs around kicking the living crap out of bad guys. The only confusing thing about the whole story is how in all of Hyrule a girl with skills as intimidating as hers EVER needs to be rescued by ANYONE from ANYTHING.

This girl is clearly up for some kinky stuff seeing as she enjoys her fair share of cross-dressing when the mood is right. If you’re into that sort of thing, then she’s the lady for you!