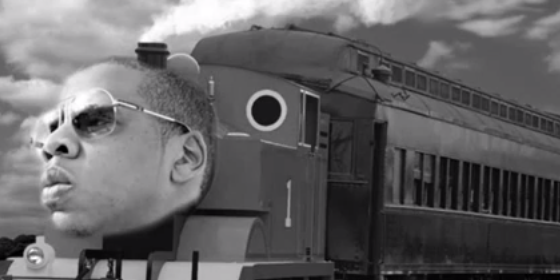 Mash-up songs are very capable of being somewhere around the worst things ever. Just check out this horrible frankensong “99 Problems With Buddy Holly“(NSFW) if you don’t believe us on this and really hate your ears. But the songs listed below demonstrate excellently just how well combining songs that never should have been combined can work, if done properly.

Note : Several of these videos are NSFW

If you go to the comments for a Youtube posting of this, you’re guaranteed to see someone saying something along the lines of “I shouldn’t like this! WHY DO I LIKE THIS?!” That’s the power of this delightfully silly combination from PomDeter of the pop and anger to win people over. Not that songwriter Trent Reznor himself was very fond of it. But if he wasn’t able to laugh at himself, thousands of people were willing to do it for him.

Similar in spirit to “Call Me A Hole” but this time we’ve got vocals from both of the artists over the instrumentation as combined by Andrew Hathaway. This produces a great effect where twice in the song, Smalls will be finishing a verse and then Swift will come in and mostly drown him out or his vocals will pause. It’s like his singing is being interrupted by her, and it manages to simulate him awkwardly either pausing or trying to plow ahead with the song.

Combing the intense music of a band of guys in horror movie masks with the intensely derided pop music of an artist whom is currently being hit with a public backlash is hilarious and catchy. Even Corey Taylor of Slipknot has gone on record repeatedly as loving the video(NSFW), which of course is definitive proof he’s a little cooler than Trent Reznor.

We’ll conclude this by showing you an example of someone using 99 Problems in a mash-up that worked, although this one did it by using a much more unlikely song than “Buddy Holly.” It helps that the Tank Engine theme doesn’t have lyrics so Jay-Z can just do this one solo, but it does probably the best job of all these of undercutting arrogant lyrics. The way it replaces edgy bass with the easiest of easy listening music will probably make it impossible to take the song seriously again, but it’s still fun to listen to.