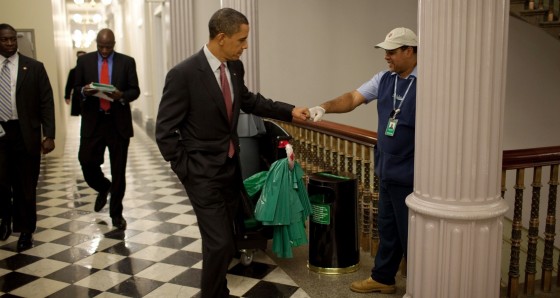 Barack Obama will be giving a fairly important speech at tonight’s Democratic National Convention. We don’t typically get too political or serious here at Gunaxin, but we do like to share amazing and funny photographs. This collection of sixty images is mostly from Barack’s time as President, and I think you’ll agree he is one cool dude. While that shouldn’t be your determining factor in voting for him, we’re guessing you can see yourself more in these photos, than you could in a photo of Mitt Romney watching his dancing horse. For the most part, these images aren’t posed or contrived, they show who Obama is, a relatively regular man. Let there be no mistake about who this Independent (and job creator) supports in the next election, as I’d love to see four more years of fist bumps, beer swilling, shooting hoops, and… getting the job done.