Awesome Toy Autos from the 80’s 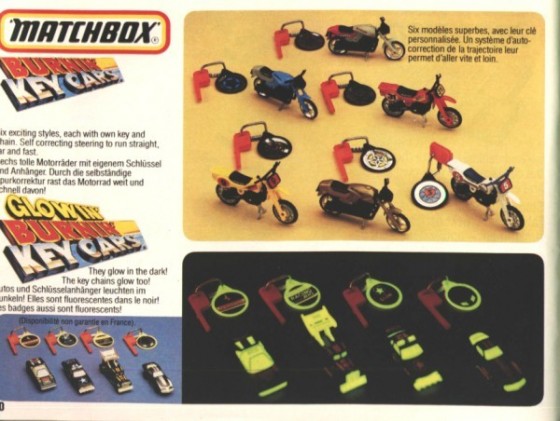 This list is about ten of the greatest and most fun toy vehicles of the 80’s. And no, I din’t include Transformers or Go-Bots because, even though they had many, many vehicles to their respective lines, it was their ability to change into robots that really made them awesome. The ten on this list were vehicles, each having a little piece of additional awesomeness that really made them stand out. So, jump on in the Way-Back Machine and relieve some great bits of your childhoods! 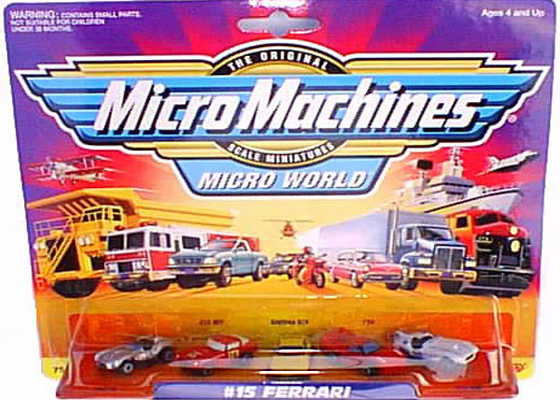 Everyone remembers Micro Machines, right? You couldn't swing a dead cat in the 80's without hitting a Micro Machines commercial. Especially those starring the speed-speaker, John Moschitta, Jr. This guy single-handedly made these tiny four-tired titans explode in popularity so much so that they spread to video games and nearly every licensed toy product had to have their own versions! From Star Wars to Power Rangers, Micro Machines were everywhere. Oh, and did you know that John Moschitta was the voice of Blurr in the Transformers movie? 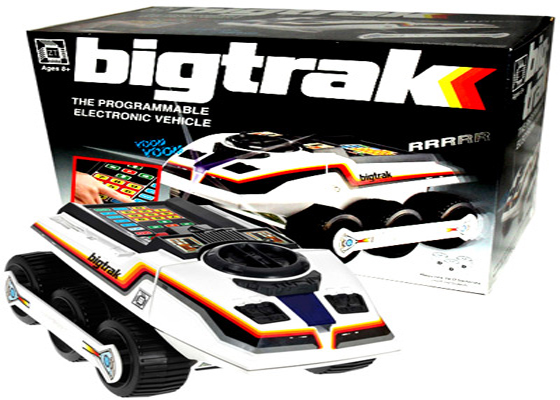 Despite the fact that this ad was made in Britain (or somewhere near there), these toys were most definitely sold here in the states. For their time, they were amazing pieces of ingenuity. Basically, the Big-Trak had a dozen 'codes' in the form of directions and basic actions you 'programmed' into the keypad telling it what to do and where to go. It was pretty damn fun for a while, especially if you used it to scare the crap out of your pets. 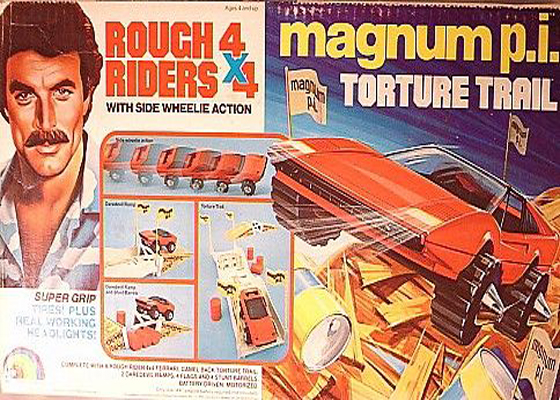 Rough Riders were very similar to the Stompers vehicles (which you'll find later in the list) including the studded-foam tires that were made to traverse every conceivable terrain available. This was kind of the story for a lot of the vehicles that came out in the 80's: the ability to drive over shit. In this case it's the Ferrari from Magnum PI that was made to move. Oh, and Matchbox made these gems. Awesome toys. 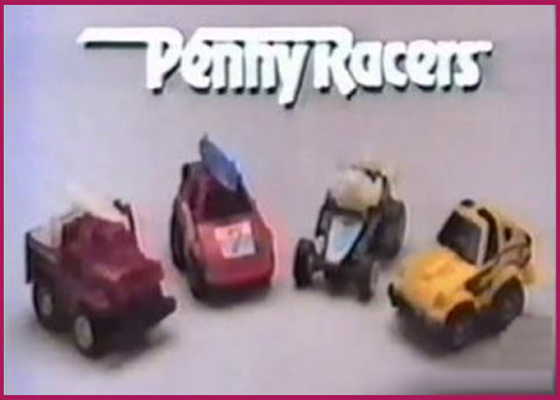 Also called Choro-Q, this really unique series of cars made in Japan and marketed in the US as Penny Racers were tiny, inch-and-a-half long racers that featured a slot in the back in which you were supposed to insert a penny to make them do wacky tricks. Besides the coin slot in the rear, their other claim to coolness was their 'pull-back' feature that wound up the internal spring mechanism and launched them. Cool toys that I'm sure I lost many of under our fridge. 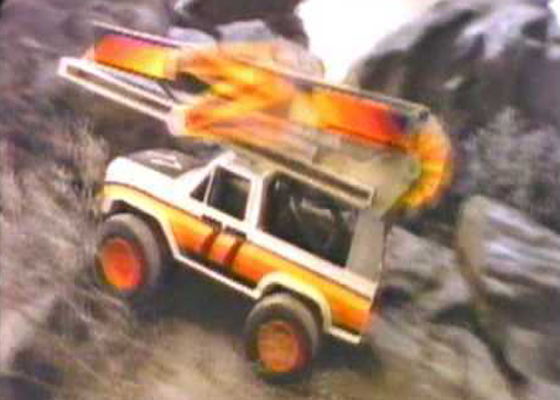 Such a bizarre concept that it doesn't even have a Wikipedia entry! That's right, kids: The Cross Boss! This truck was amazing! Basically, it was a 4x4 that came equipped with its very own bridge. So, what? It's not like it transforms into a robot or shoots sparks. Shut up! This was the coolest thing ever! Whenever it came to a gap in the landscape, it dropped its bridge automatically, rolled on over it, and put the bridge back... by it self! AMAZING! It was an amazing toy. 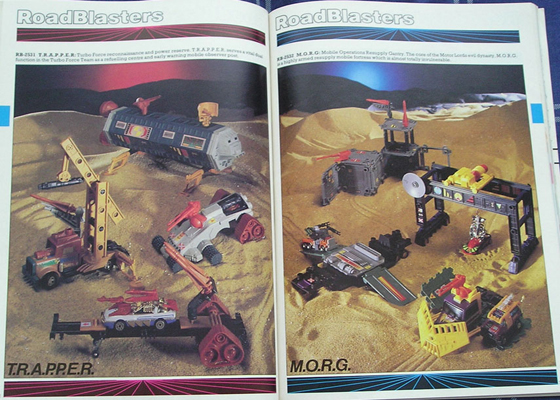 In stark opposition to several of the toys on this list, these RoadBlasters were actually based on a video game first rather than the other way around. Just like in the game, the vehicles that Matchbox offered came with interchangeable pieces of weaponry and armor that could be swapped between various vehicles. Basically, imagine regular Matchbox cars loaded with guns and rockets and you've got the idea behind RoadBlasters. 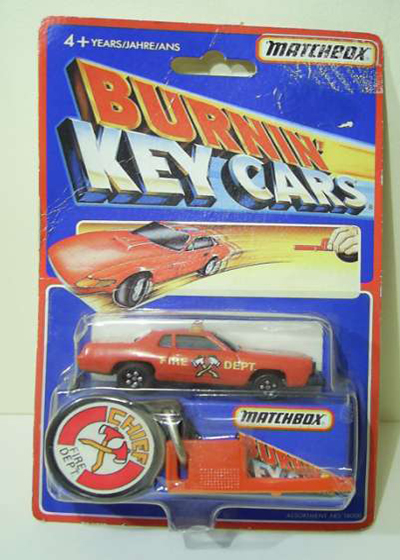 A simple concept but a really, really cool idea. These cars, though not the most well-built machines ever conceived, featured a hole in the back where the key that came with them fit! And somehow - possibly by magic or some kind of DaVincian mechanism - it charged the car and launched it like a rocket when the sides of the key were squeezed! It was some kind of brilliant and worked remarkably well! I had several of these and they were really fun! 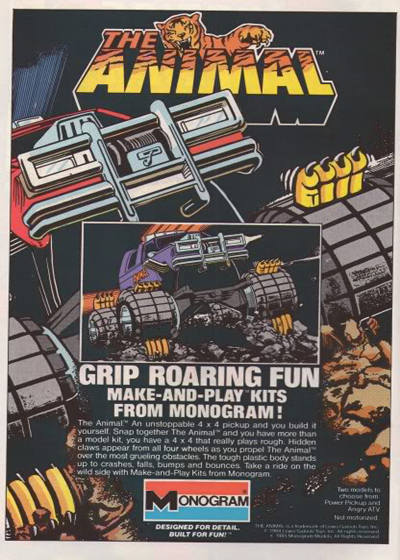 "NOTHING CAN STOP (Boom Boom) THE ANIMAL!" Well, almost nothing. Even with its wheels loaded with bear claws (no, not the breakfast pastries), this thing was not great on overly inclined surfaces because it was really damn heavy. However, either despite that or because of it, this thing was awesome! How many other cars have you seen that have animal feet that pop out of them? Well, maybe one or two. But that's not the point. This was cool. 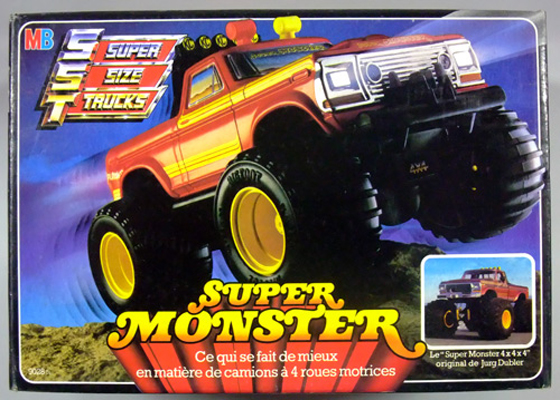 Brought to you by game geniuses, Milton Bradley, these Super Sized Trucks featured really cool shifts on their hoods that kind of, sort of, gave them the ability to drive over tougher and tougher terrain, or, in some cases, pull heavy loads, as illustrated in the video. I don't know if they actually did what they advertised, but to a kid, the idea behind giving your truck more power was really cool. 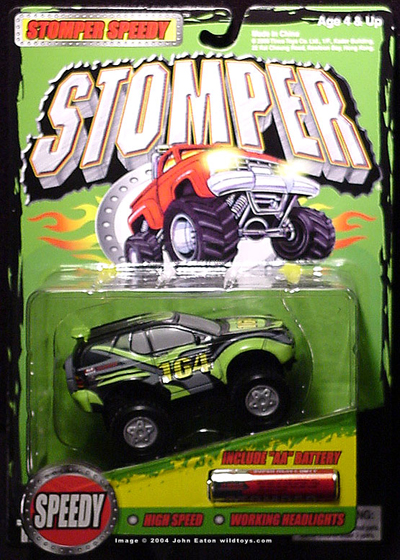 And here they are! The coolest little vehicles the 80's had to offer! They had interchangeable wheels for all your driving needs, a wide variety of cars and trucks so you didn't have to play with the same ones over and over again... they were just really, really cool. I had several and I remember that, even though the tires were removable... or I guess because of them, I think I might have lost a few. Look, I ate a tire from a Stomper and it... came out later. Is what I'm trying to say.