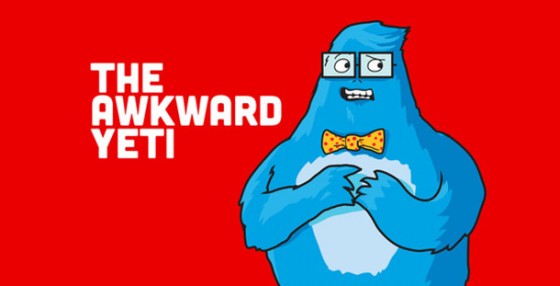 A blue yeti named Lars with an unfashionable bow tie. The daily antics of disembodied, sentient organs. These aren’t the sort of things you’d expect to be central to a successful webcomic. But Nick Seluk has created a following of hundreds of thousands for his webcomic of odd and awkward individuals. We’re very grateful he gave us some of his time to learn how he pulled it off.

A. I have always been a big fan of newspaper comics, and spent a lot of time on and off trying to find a way to make cartoons. I’ve always been drawn to it and loved it. A few years ago I started designing t-shirts for online contests and a lot of the designs were cartoons. Being a graphic designer the digital format was easy. I started my Facebook page to share my children’s book “The Awkward Yeti” as well as some of those t-shirt cartoons and some funny pictures and comics here and there. One day I realized I was running out of t-shirt designs to share, so I started the webcomic. 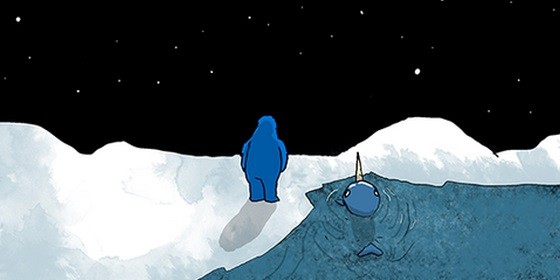 Q. Were there any projects before The Awkward Yeti your fans might not be well acquainted with that you’d be willing to tell us about?

A. Most of the t-shirt designs I mentioned were done for a site called shirt.woot, where I had about two dozen designs printed. As I mentioned, I also made the children’s book before the Facebook page. I tried to find publishers for it, but I can’t sit still for very long. I don’t like waiting for people so I’m always on to the next project.

Q. Why is the main character of the comic that you’ve devoted the most time to a blue yeti named Lars? 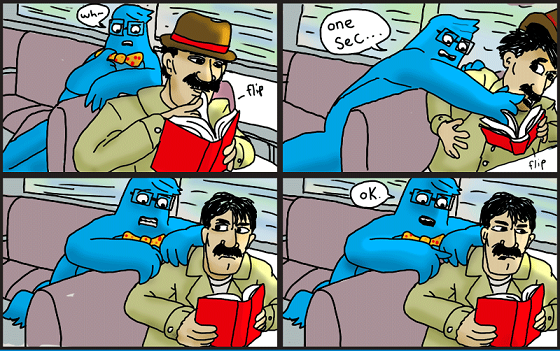 A. Lars was inspired by a painting I did a few years ago for an art collective in Detroit. I am not a very good painter, and of course nobody bought this ridiculous thing, but I was obsessed with it for some reason. I painted a few yeti/sasquatch inspired characters but this guy just stuck with me. Some people might decide to make a comic, then come up with a character; mine was the reverse.

Q. Is the Lars based off anyone in particular?

A. My original intention with the yeti and the book was to bring attention to awkward behavior, and try to show kids that we’re all a little weird, but that’s okay. I have a mildly autistic sister, and introversion runs deep in some of my family, so it was easy to get inspiration for awkward behavior. But, the more I made the comic, the more I realized I could get inspiration from any person. It turns out we’re all pretty awkward in our own ways, even the charismatic people (they just don’t notice it as much)

Q. What inspired the characters Heart and Brain, who are popular enough that they have their own section of the site devoted to them? 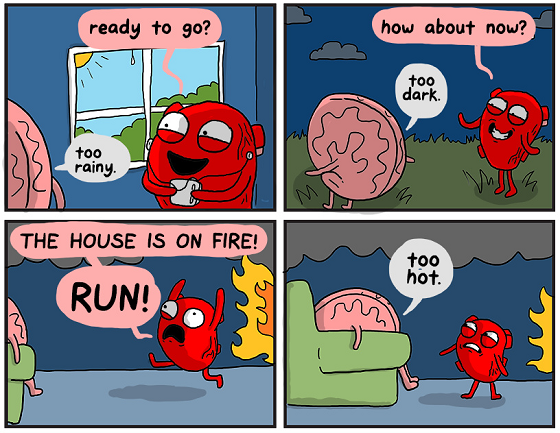 A. This was kind of an accidental progression as I began to incorporate more organs into the comic, but it turned out to be a perfect way for me to write comics. I took inspiration from the Id (Heart), Ego (Lars) and Superego (Brain) and tried to maintain a little of that… except Heart focused more on the optimistic instincts than the horrible, dark ones. While it’s hard to say from comic to comic whether it’s inspired by me or other people, the recurring theme is that inner dialogue that a lot of us can relate to.

Q. What were some problems you ran into in starting the comic?

A. People take a while to feel comfortable with a new character, so I had to wait for people to stop referring to him as cookie monster or say “that’s supposed to be a yeti?” Once I got past that stage it got easier to get people to focus on reading the comic itself.

Q. What were some of the problems you ran into developing the following you have?

A. Social media is tricky and changes constantly, even hour to hour. It’s very difficult to reach the right people at the right time. It’s a slow process that requires a lot of time investment, sharing frequently and on a lot of different sites. I just try to be patient and keep making as many comics as I can, and hope more people enjoy reading them.

Q. Do you have what you consider a most underappreciated strip?

A. I don’t think so. I’d love to reach more people, but everyone has different tastes. I’d love for some huge celebrity to share the strip and get me a few million followers, but that’s probably not going to happen. I’ll keep trying to improve and hope new people continue to enjoy it.

Q. Do you have any strips where you were surprised how popular they became?

A. The Gallbladder strip was a surprise. 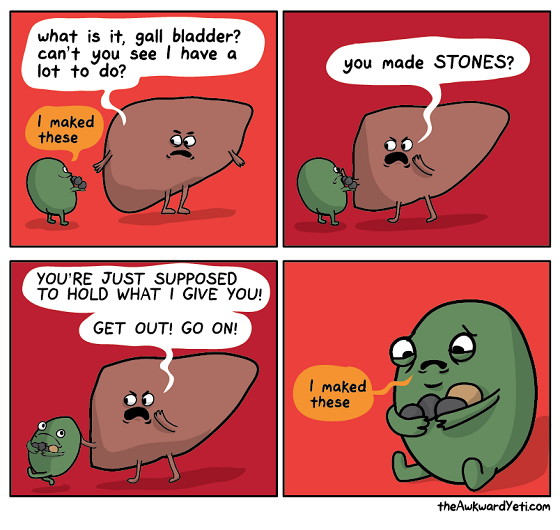 It was one of those rare ones that made me laugh out loud while I made it, and I assumed some people would like it – but I never expected the character to be so loved. One day I googled just the word “gallbladder” and saw my site on the third page of the results, right along with all these legitimate medical pages. That was pretty awesome and very funny to me.

Q. Your kickstarted projects have been successful. Do you have any advice for artists considering starting their own? 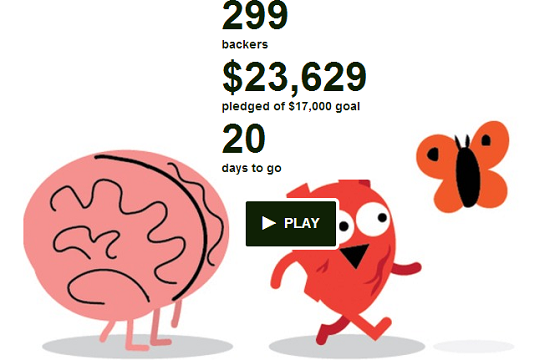 A. I’m sure I could come up with a lot of advice, but it’s really different for everyone. Personalized rewards do well. If you’re a hard worker it’ll probably show and I’m sure you’ll be successful.

Q. What projects do you have coming?

A. In addition to the Kickstarter I have going right now for Heart and Brain plushes, I’m starting to prototype some other characters. I’m always thinking ahead, so the next two books are certainly in mind, but will need a few more months worth of content. I’m also thinking a little past that, but it’s too early to tell. :)

See more of Nick Seluk’s work at the following pages: 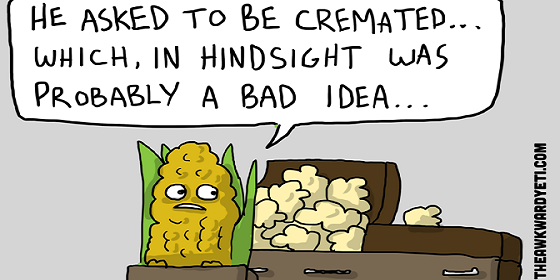