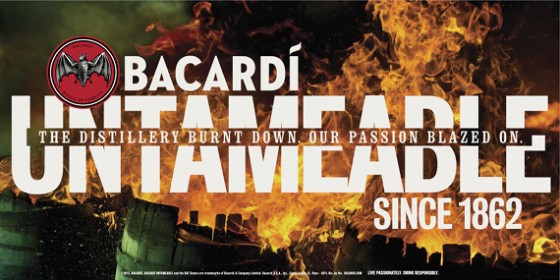 We’re big fans of the recent trend to make advertising more cinematic. The folks at Bacardí Rum are a good example, as they have been highlighting the history of their company through a series of spots. The latest focuses on the Bacardí family, who have faced a multitude of trials and tribulations in their efforts to bring the world their rum for over a century and a half.

Fire, devastating earthquakes, prohibition in the 1920s, the Cuban Revolution in the 50s, and finally exile in the 60s. But somehow, the Bacardí family didn’t just survive–they thrived, since 1862. Their passion for crafting quality rum brought them through everything fate could throw at them. Every scrape they’ve been through is infused into the flavor of this untamable spirit.