Sports > Baseball > Realizing the ‘Back To The Future’ World Series Prediction

Realizing the ‘Back To The Future’ World Series Prediction 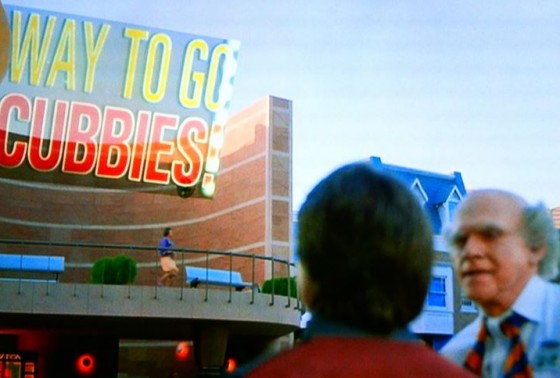 In the movie Back To The Future II, The Chicago Cubs are predicted to have defeated Miami (possibly Gators) in the World Series by October 15th, 2015 :

In order for that to happen, there would have to be some major baseball news within the next two years. Keep in mind that it is possible, and some major stumbling blocks have already been removed. When the film was released in 1989, south Florida did not even have a Major League Baseball team and once they did, for years they were called the Florida Marlins. Last season they were re-named the Miami Marlins and opened a new stadium, seemingly building blocks to the ultimate sports prediction.

Miami Moves to the American League

At the present time, the biggest hindrance to a Miami/Chicago Cubs World Series is the fact that both teams play in the National League. While it is not entirely unheard of for a team to move from one league to another (Milwaukee and Houston come to mind), it would have to happen or at least be put into motion fairly soon in order for the proposed World Series to take place.

Otherwise, the billboard would be simply a misprint and the Cubs would have just won the National League Championship Series. This would also mean that Miami would waltz into the American League and win the League Title in the space of one to two years. They might want to call Boston about the relative ease of that one happening.

Playoffs Would Have to be Shortened 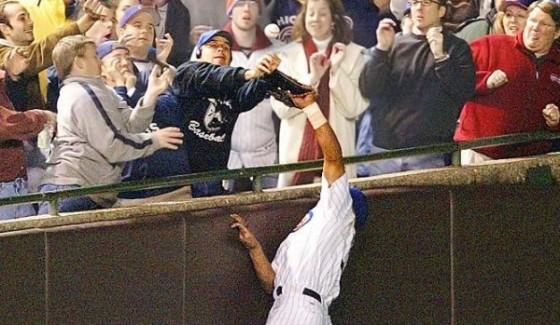 There is a fairly large problem with the date October 15th, 2015. The classic nickname, Mr. October, to refer to success in the World Series is not exactly valid anymore. In 1994, the playoff system moved to having a wild card as well as a third division. These days, there are still three divisions and last year there was a second wild card added to each League.

That would mean that last years 4 game sweep of the Detroit Tigers was completed on October 28th, nearly a full two weeks after the proposed date and that was a sweep. Even if you eliminated the Wild Card game and went back to the old system (which would be absolutely necessary), the only years since 1970 in which the World Series was decided by October 15th were 1970 and 1984. It seems highly unlikely that you could retract not only the popular wild-card format but also move back to two divisions in under two years just to make that date work. 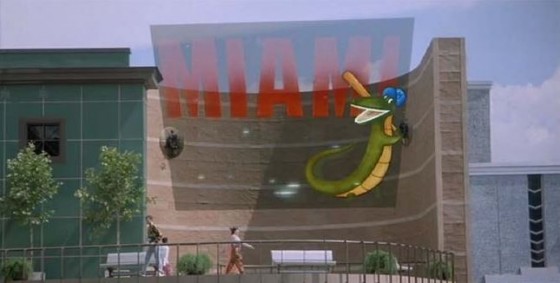 Back to the Future II was set in 1985 and the film was actually made in 1988. Miami did not have a Major League Baseball team until 1991. When they did get one, it was called the Florida Marlins. Now, for a move to the new stadium in 2012, the Florida Marlins changed to the Miami Marlins in order to become more connected to the community.

Their connection as well as their World Series chances went down a bit when they traded a lot of the big name contracts they signed shortly before the 2012 season. However, in order to try to build some good will, changing the name of the team fully as well as a mascot to more closely identify with something like the Gators might be good for the region. It would also denote the same general misunderstanding of the area that Miami ownership has already proven it has. They would be switching to a Gator mascot in a part of Florida that loves the University of Miami Hurricanes. This may be the most likely part of the entire scenario, depending on Jeffrey Loria’s ignorance.

Miami and Chicago Would Have to be Good 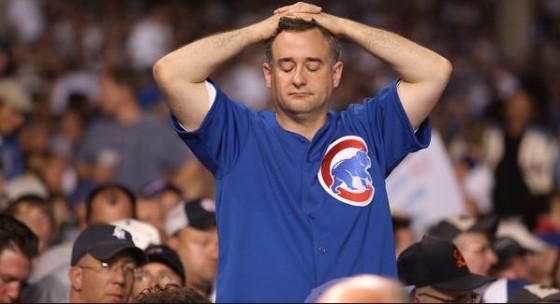 As of this writing, the Chicago Cubs are last in the National League Central with a record of 20-30. They do have bragging rights over a few teams. Notably, they can brag about having a better schedule than the Miami Marlins who are sitting dead last in all of Major League Baseball with a record of 13-39.

That means that neither team would seem to be going to the playoffs this year, much less have some momentum building into the 2015 season. Also, to make the date of October 15th (even with shortened playoffs), they would have to dominate the competition as well as sweep out their opponents for a quick series. Traditionally, domination in two years would have a better chance if your team didn’t have a sub .400 winning percentage today.

It all seems like a really unlikely series of events today. However, we are already past the supposed Mayan Apocalypse, so anything might actually be possible. The Cubs are going to have to win eventually, just don’t put any bets down for it to be against the Miami Gators by October 15th, 2015.