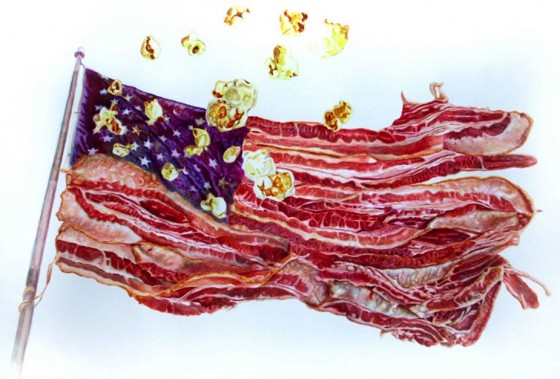 Bacon, Popcorn, and the American Flag! The above images seems appropriate to share for Independence Day, and it’s the work of artist Monika Malewska. Her series of Bacon Paintings are frankly a bit bizarre, but we dig that sort of thing. Take for example the image below featuring women’s underwear made of bacon. It’s odd, but in a way that delights us. 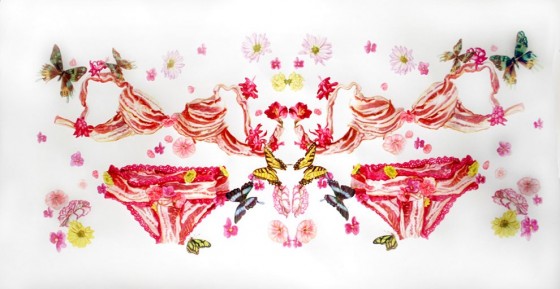 The series of paintings are large-scale soft focus watercolors on paper. They feature elements of beauty, such as flowers and butterflies. However there is also an element of pop-culture as you’ll see in the gallery below. All of it is surrounded by bacon, which is enough to attract our attention. The images are filled with symbolism, and if we weren’t drooling over the bacon, we would probably appreciate that fact even more. We’ve chosen some of our favorites to share with you here, but you can find her entire collection at MonikaMalewska.com.