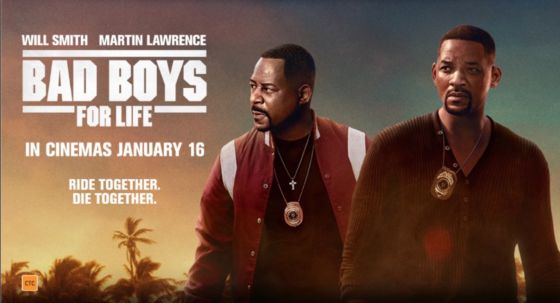 It’s been 25 years since Bad Boys was released, and a lot has changed in action cinema since Michael Bay first exploded onto the scene with the highly energetic franchise originator. One of the progenitors of what Roger Ebert called the “swinging dick genre” (he was quoting another critic), Bad Boys featured fast editing, wild camera work, big gunshots and bigger explosions, and a hilarious lead duo capable of handling the action and comedy this film demanded. 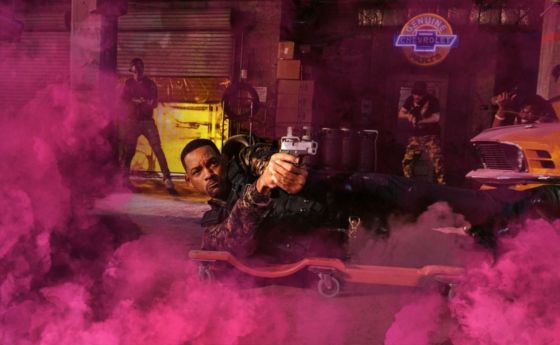 Action films have since moved more toward a brand of honesty and authenticity, with actors like Tom Cruise, Keanu Reeves, Angelina Jolie, and Charlize Theron opting to do their own stuntwork. Longer takes, fewer edits, and wider shots showing off the actors’ work have taken more precedence over Bay’s frenetic, overedited, and deafeningly loud style, considered so cutting-edge in 1995. There was a thrilling entertainment value to be had with the kinds of films he and producers Jerry Bruckheimer and the late Don Simpson put together, an entertainment value which pushed the audience’s tolerance for cheesy laughs and eye-fatiguing excitement. 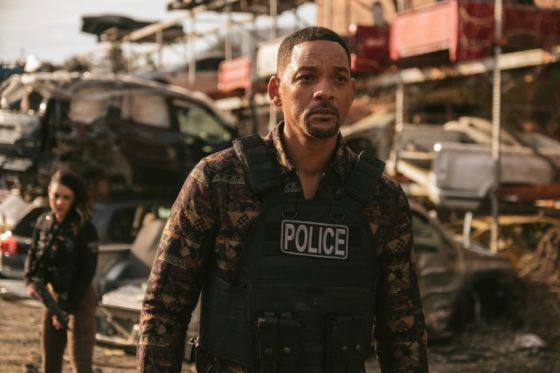 However, by the release of Bad Boys II in 2003, the world itself had undergone the horrors of 9/11, igniting a sea change in the way action movies were constructed and shown. Bad Boys II showed Bay going harder and faster with his color-saturated, mean-spirited, misogynist, racially and homophobically-offensive, and hyperkinetically-overloaded modus operandi. Not only that, moviegoers’ attraction to superheroes sparked the comic book movie resurgence which had already begun with Bryan Singer’s X-Men in 2000, and Bay was struggling to keep up. Finding his own dubious niche in the Transformers series, he transitioned his brand of oversexualized humor and alpha-male hijinks to the nerd world with a franchise that has experienced diminishing returns since 2008. 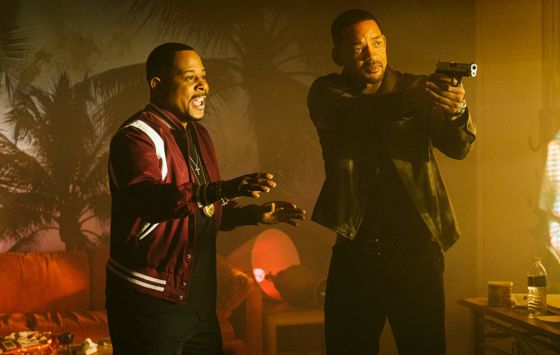 So, where does this leave the fantastic duo of Detectives Mike Lowrey (Will Smith) and Marcus Burnett (Martin Lawrence), the beating heart of the Bad Boys franchise? Bad Boys For Life finds them fighting old age, young replacements, retirement, and death itself. Michael Bay has stepped back from any kind of production role (but he does have a very egregious cameo); trying to fill Bay’s shoes are Belgian directors Adil El Arbi and Bilall Fallah from a screenplay by originally-attached director Joe Carnahan (along with writers Chris Bremner and Peter Craig). 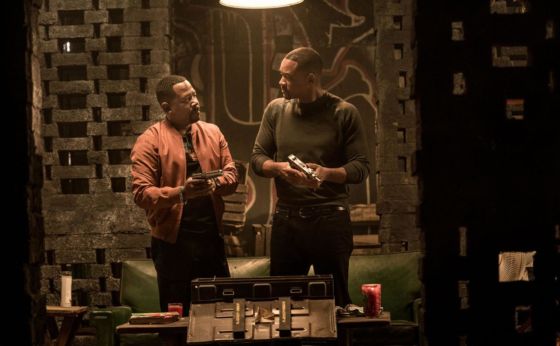 To be honest, Adil and Bilall – which is how they are credited in the film’s opening – make more sense of the duo and the material by giving us space to see the action, breathable moments in which to appreciate the actors’ performances, and the emotion that was so buried under the testosterone of the first two movies. It’s a different kind of slam-bang style which comes not from the superficial, but from undermining the inhumanity of the first two movies with a genuine heart. No longer are the heroes and villains merely one-dimensional caricatures, which is where Bad Boys II failed. 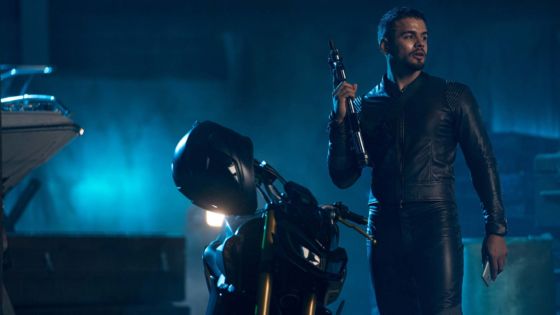 Mike and Marcus look the same and still act the same – Mike being a womanizer, Marcus being a family man – but time has caught up with them, and they’re forced to look at their lives differently. While Marcus annoyingly harps on the fact that Mike doesn’t have love in his life (as if that’s a prerequisite to being human in his eyes), Mike’s still the hard-charging, catch-the-bad-guys-at-all-costs hero he outlined himself as in the first film. He’s the “first guy through the door” and “the last guy to leave the crime scene,” but that comes to a screeching halt when a dead Mexican cartel boss’ son uses him for live-fire target practice. 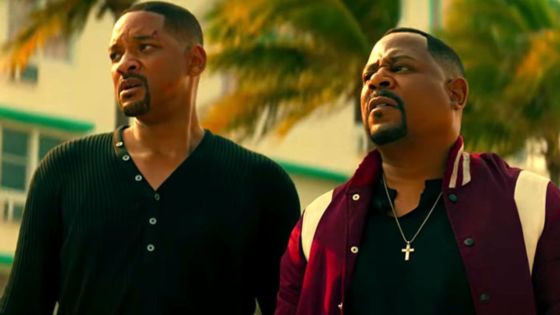 The script gives us a tenuous emotional tether to Mike and Marcus by moving past all the jokey and artificial – Mike’s moneyed lifestyle full of fast cars and high-fashion apartments (we see very little of the latter), Marcus’ ever-present need for sex with his wife (although this is referred to twice), and Captain Howard’s (Joe Pantoliano) constant screaming – and bringing everyone to a more human and humane level. Yeah, some of the script work is hackneyed and trite, especially with how front-and-center the notion of “FAMILY!” is made, but at this point in their lives, it’s not that bad a thing. A very heartfelt scene between Mike and the Captain contains more humanity in it than the previous two films combined, and it’s nice to see this kind of dialogue in a modern-day action picture. 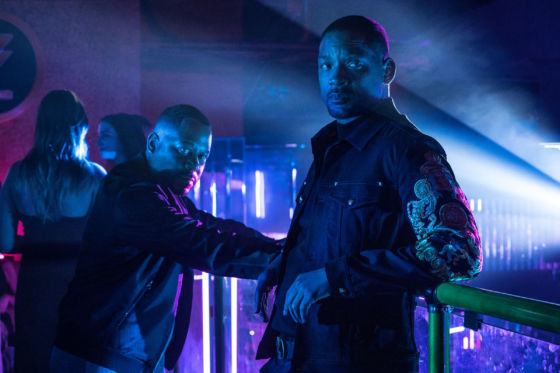 Does it always work? Honestly, genuine emotion is not something this series made its bones with, and getting used to it in this film takes some time. Every now and again, you just want to get to the big booms and car chases for which this franchise is known. To be sure, we get there, but there’s more of a point and flow to these scenes. Editors Dan Lebental and Peter McNulty don’t try to dazzle us with flashy, rapid, jarring cuts; there’s an appropriate languidness and care which allows them to show off the danger and the detail of each action sequence. A nightclub-based scene features some good Will Smith stuntwork and culminates in a terrific motorcycle/helicopter firefight; this particular bit is more thoughtfully put together than the ether chase from the original, which only sought to bombard us with loud talk and dizzied us with constantly-shifting perspectives and cuts. 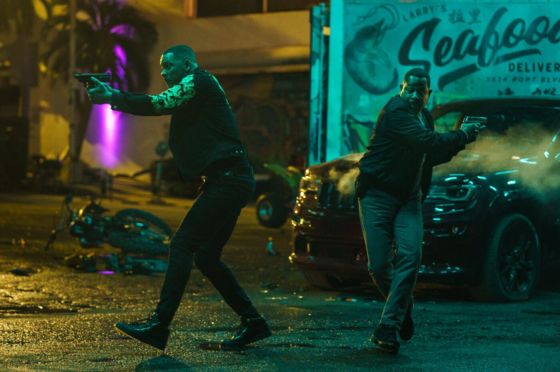 Bad Boys For Life’s emotional hook simultaneously gives us a surprise and a “Come on, dude, really?!” kind of kick into the third act, where everything you thought you knew goes sideways. The film’s heavy, Isabel Aretas (Kate del Castillo) has blood vengeance to exact, much of which is taken care of in the film’s first half, but she’s got a particular jones for wanting Mike to suffer. Her son Armando (Jacob Scipio) is her right-hand-man, carrying out assassinations and putting holes in Mike’s chest in the opening minutes. The film makes us wait an agonizingly long time before tipping its hand, but we almost don’t care at this point; it could have been any kind of revenge story, but the ending makes us believe they had to make way for a possible fourth film. 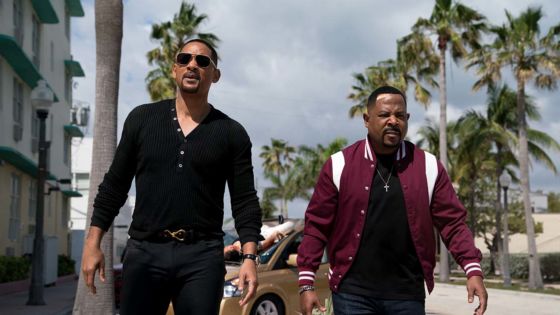 There are several lapses in logic and a possible retconning of Mike and Marcus’ relationship. At various points, it’s said they’ve been partners for 25 years, which would put the beginning of their working relationship – never mind their childhood relationship – somewhere near the start of the first film. However, that’s not all the way right, and their prior history is thrown out the window for the sake of deepening Mike’s storied legend. The film’s ending is wrapped up and almost Disney-fied with a clichéd neatness; someone is made to pay for crimes committed in the film, but the treatment and punishment defy any kind of established law and order. Also, the way it’s presented – “show the title at the end and stick one more scene in for good measure” – and the scene’s content makes this film feel like it wishes it was a Marvel movie. 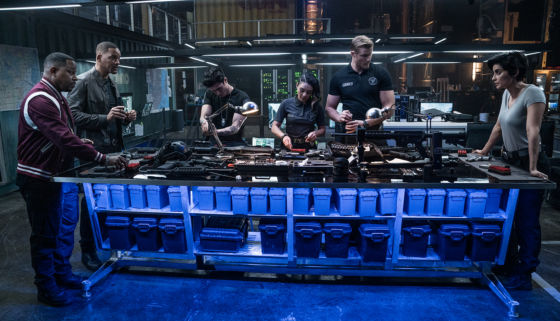 Yet it’s good to be riding alongside Will Smith and Martin Lawrence again as they push each other’s buttons and get a new generation – all of whom are as spunky as they once were – involved. The addition of the AMMO (Advanced Miami Metro Operations) squad gives the film a lift, even though it’s filled with stock characters who all have the shit-eating grins and attitudes of having to deal with someone telling them to get off their lawn. It’s kind of like The Expendables 3, but with more capable upstarts. Bad Boys For Life strikes a tone somewhere between the goodness of the first and the badness of the second, but isn’t wholly off-putting. Their characters may have slowed down and gotten a little softer in their advancing ages, but when it comes to getting the job done, Smith and Lawrence still have the screen-worthy charisma they started this franchise with 25 years ago.

MPAA Rating: R for strong bloody violence, language throughout, sexual references, and brief drug use.
Contains an extra scene right before the final credits (which should have been incorporated into the film itself).
Running time: 124 minutes.
Released by Sony Pictures Releasing/Columbia Pictures.

Bad Boys For Life strikes a tone somewhere between the goodness of the first and the badness of the second, but isn’t wholly off-putting.