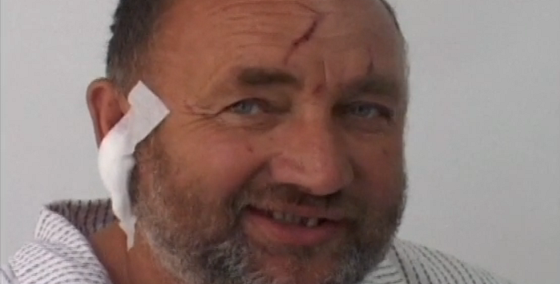 Those are the eyes of a man who has looked a furry avatar of destruction right in the eyes and clubbed it to death with an axe. That is Blazo Grkovic, a man who recently strangled the ever-loving shit out of a bear when it tried to turn his face into a chew toy.

But the News doesn’t seem to want to focus on the best part of this story, presumably because MAN STRANGLES BEAR WITH HIS GIANT MAN-SIZED HANDS is too juicy to pass up. Blazo (as if this dude is called Blazo, how much god-damn cooler could this guy be?) was attacked when he was tending to a baby goat.This guy almost tore a bear’s throat out because it attacked him while he was trying to tend to a creature so cute, looking at it usually makes men grow ovaries: 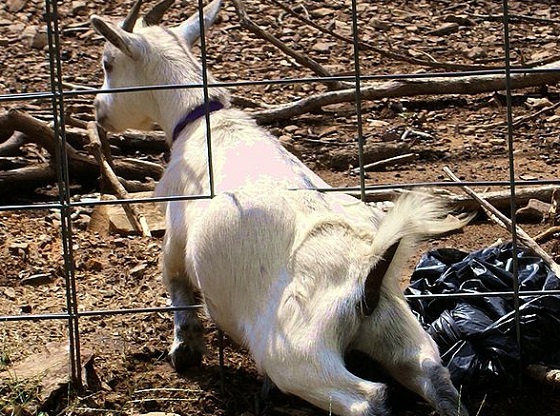 So Blazo, or El Blaze as we’re going to call him was tending to a baby goat when a big-ass bear strolled out of the treeline and decided that at that exact moment it wanted to become a throw rug. Which it accomplished by locking its jaws on the nearest thing composed of pure balltanium, El Blaze.

Upon seeing a large ball of fur and nature’s contempt for the human race attempting to tear off one of his 5 limbs (we count his balls as a full limb), El Blaze instinctively brought the axe his was inexplicably carrying down on the bear’s skull. We say inexplicably because we’re confused about why this man couldn’t simply focus his hate into a sharp point and stab animals with that.

After felling the bear like it was made of moist tissue paper, it meekly tried clawing at El Blaze’s arms, cleaving out huge chunks of his leathery man flesh in the process. Rumors that upon coming into contact with the ground, these chunks grew into several new El Blazes, have yet to be confirmed so we’re forced to assume that they’re correct. 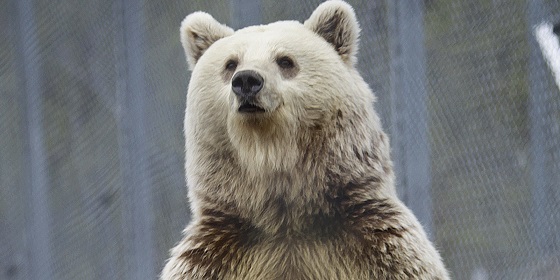 Rumors that the bear was a “little bitch” have also yet to be confirmed.

Noticing that the bear was now ripping out chunks of his arm, rather than use the axe he was already holding, El Blaze gripped the beast by its throat and squeezed it, possibly while screaming. When he’d fulfilled his quota of bear tears, El Blaze then clubbed the bear until he was hitting nothing but wet dirt, almost taking its head clean off.

And that ladies and gentlemen, is why you don’t touch a Bosnian Farmer’s fucking goats.