Travel > Do > Balloons of the Macy’s Thanksgiving Day Parade 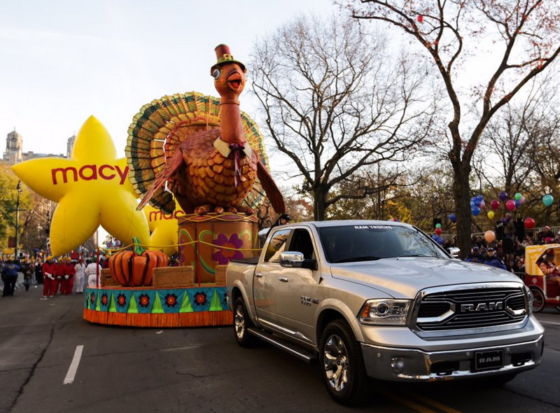 The Macy’s Thanksgiving Day Parade in an annual New York City tradition that started in 1924 and has been broadcast nationally on NBC since 1952. It’s normally one of the largest tourist attractions in New York for the holidays, and has an estimated in-person audience of 3.5 million people each year. The Thanksgiving staple is full of floats, festive performances, and our personal favorite, the Balloons. It’s a bucket list item that I’m proud to have crossed off as a teenager, and something that you simply must see in person to fully appreciate. 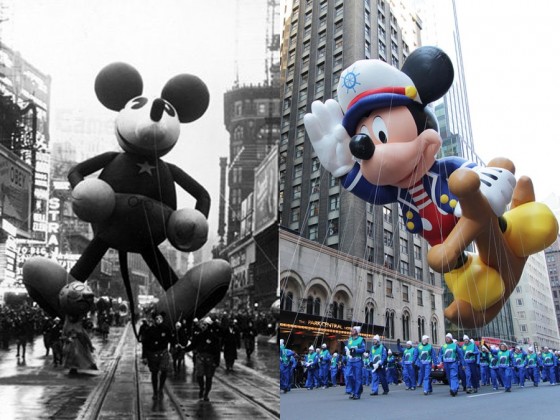 The balloons in the Macy’s Thanksgiving Day Parade come in three varieties. The first and oldest is the novelty balloon class, consisting of smaller balloons, some of which fit on the heads of the performers; the largest of the novelty balloons typically require approximately 30 handlers. The second, and most famous, is the full-size balloon class, primarily consisting of licensed pop-culture characters; each of these is handled by exactly 90 people. The third and most recent is the “Blue Sky Gallery,” in which the works of contemporary artists are transformed into full-size balloons.

Below we’ve collected an awesome 120 photo gallery of Thanksgiving Day Parade balloons from over the years, followed with an exhaustive list, courtesy of Wikipedia. While we didn’t get them all, we came pretty damn close…

The following is a list of balloons that have, over the years, been featured in the Macy’s Thanksgiving Day Parade, sorted by their first year in the lineup.