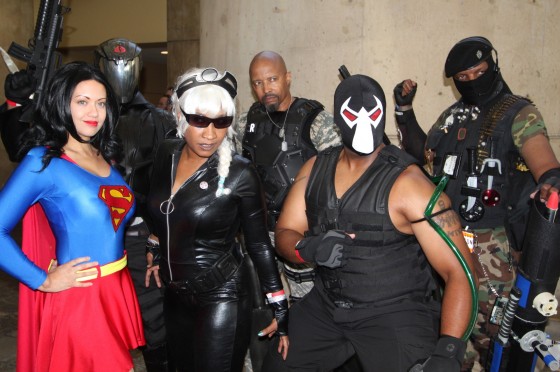 The Baltimore Comic-Con is being held this weekend at the Baltimore Convention Center, and we were in attendance on Saturday to cover the festivities. Like any other Comic Convention, Baltimore attracted some epic cosplay, so we spent much of our time on the show floor asking convention goers to pose for our photos. There will be a full costume contest at 1PM on Sunday, so if you missed the action on Saturday, there is still time left to join in the fun.

Thanks to all of those who paused for a moment in front of our lens, and if we took your photo, please feel free to use our images for your own purposes. While there were certainly a few duplicates, we were amazed at the diversity amongst the costumes. Behold 160 photographs taken of some amazing cosplay at the Baltimore Comic-Con. We think you’ll agree, the costumes range from sexy and awesome to downright scary and disturbing.

Check out 140 Photos from the ’12 Baltimore Comic-Con!