Media > Movies > Bane: The Most Fabulous Villain in Cinema

Bane: The Most Fabulous Villain in Cinema 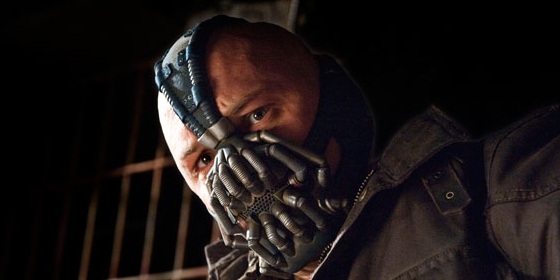 The Dark Knight Rises is one of the biggest movies of the year. If you’re one of eight people who have yet to see it, we really don’t know how you’re reading this from your time pocket, but you should probably get around to it because it’s pretty awesome.

Part of this awesome comes from Tom Hardy’s excellent portrayal of Bane, one of Batman’s more deadly villains. However there are a few things behind the scenes that make Bane seem a little less terrifying — okay a lot less terrifying.

Bane’s signature coat reportedly took over a year to make and is supposed to be a mixture of a revolutionary and a dictator and is based on a classic Swedish military. In other words, it’s the outfit of a full-time, butt-kicking, name-taking badass. Or it would be, if it hadn’t been featured on the catwalk at around the same time. It’s kind of hard to take Bane seriously when he’s wearing the exact same outfit as effeminate Euro boys. 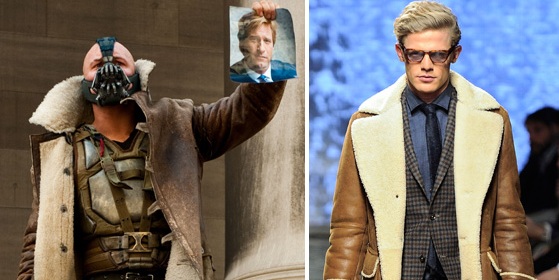 If you squint, it looks like Bane is holding a photo of the guy on the right.

In fact, all of Bane’s clothes are going to be big on the catwalk this year. Which kind of harms his image as a bad guy who doesn’t give a shit, when he apparently takes all of his style advice from Cosmo.

But even still, Bane is freaking huge, so he can dress however he wants when his arms have their own time zone. Although, his impressive stature kind of falls short. Really short. You see, Tom Hardy, despite being built like a powerlifting firefighter, stands at 5’9″. Christian Bale comes in at 6′. In order for Hardy to look Bale in the eyes, it required him to wear 3 inch heels. 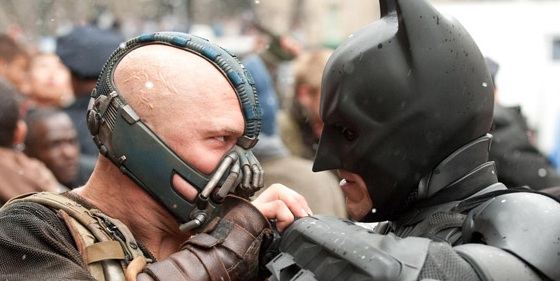 But those are only minor things. Everyone knows the most terrifying part of Hardy’s Bane isn’t his size, it’s his voice. Or it would be if it wasn’t rumoured that behind the scenes the crew altered his voice-changer to make it ridiculously high-pitched.

Even though on-screen Bane seems terrifying, just remember that behind the scenes he’s a guy wearing high heels with a high-pitched voice. Then again, he could still probably punch us hard enough in the face to turn the wall behind us into a Picasso, so we probably shouldn’t make fun of him too much. 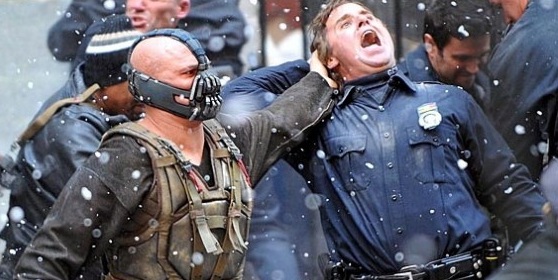 We respect the police officer in this picture. Scream acting is the hardest kind of acting.