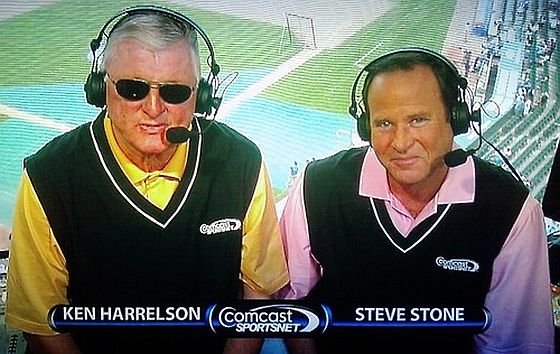 Wall Street Journal reporter Jared Diamond, who has apparently never heard of small sample size (or a Yankee TV broadcast) presents us with this study of the most biased baseball broadcasters. While he gets it right at the top, with Ken “Hawk” Harrelson and Steve Stone, further down the list his opinion overrides any insight he might have shed on homers in the broadcast booth.

Diamond took one game from each broadcast team, regardless of score or situation, and tracked “the use of words like we, us or our, referring to a player by a nickname or blatantly rooting for the home team.” The results he came up with are hardly scientific, and completely wrong. Any fan who has watched the Yankees on YES can’t agree with Michael Kay and his team being considered unbiased. Additionally, we have to question the methodology of any study that considers the use of a universally known nickname like Evan Longoria’s “Longo” as a sign of bias.

We recommend you click on the link up top for the full explanation, but we’ve included the study conclusion below. 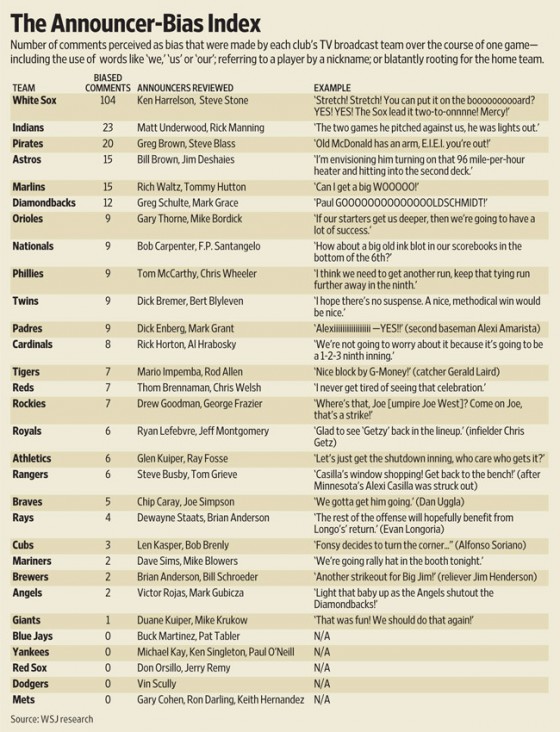