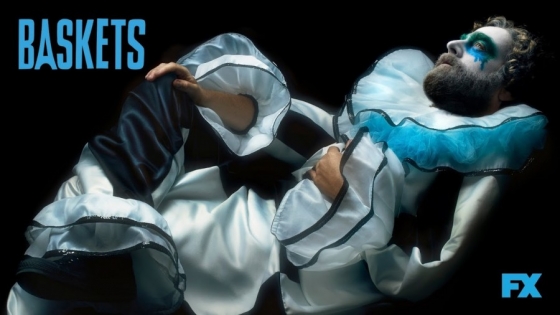 This is a sponsored post written by Gunaxin on behalf of FX.

The Cheeto-in-Chief isn’t the only clown in the news this week, as Zach Galifianakis returns to television on Thursday, in the FX comedy series, Baskets. Like anything that Galifianakis does, Baskets is a bit odd, if not absurd. If you missed the hilarious first season, here’s a quick recap :

In the first season, the FX comedy series ‘Baskets’ follows Chip Baskets (Zach Galifianakis) who wants to fulfill his dream of being a French clown—however, reality keeps interfering. Saddled with financial difficulties and facing an impenetrable language barrier, he moves back home to Bakersfield with high hopes. There, he is forced to confront his past while working as a rodeo clown and competing with his siblings (including his twin brother, Dale) for his mother’s approval and affection.

If you didn’t think it could get any odder, keep in mind that Chip’s mother is portrayed by Louie Anderson. The Baskets family is definitely a dysfunctional family but who are we to judge? Most of us can relate, at least a little bit. Here’s a promo of Season 2 to give you an idea of what to expect :

In order to promote the Season 2 premiere coming up this Thursday, January 19th, the good folks at FX sent us a gift basket. Yeah, they sent out “Baskets from Baskets”, maybe that’s too on the nose? It has left us both confused and intrigued, much like that video promo above. We have a feeling we’re going to have to start watching the show, if we want to understand the humorous references contained within. 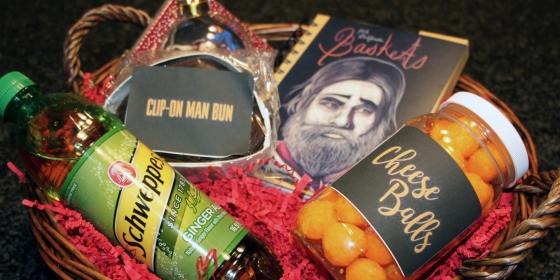 Season 2 finds the Baskets family at its most fragile. Losing his wife and his rodeo job, Chip jumps on a train to get the hell out of Bakersfield, but a gang of gutter punks, the police and sudden death drag him right back into the drama he tried to escape. Dale’s marriage crumbles as his unrequited love affair with Martha deepens and Christine (Louie Anderson), who dedicated her life to her sons with little affection in return, takes her own happiness into consideration for once—and finds romance on the way.

Season 2 of Baskets premieres on FX this Thursday, January 19th at 10pm.