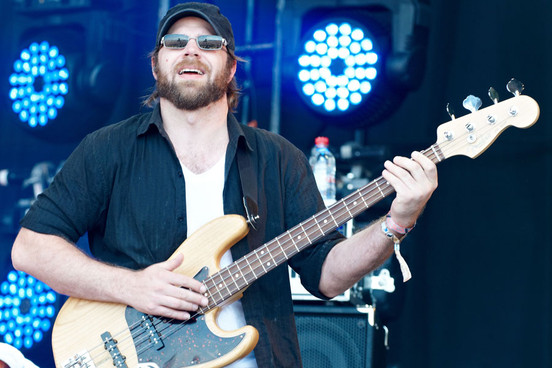 The metal/hardcore punk band Coheed and Cambria are down a bassist. That’s because Mike Todd was arrested for armed robbery this past weekend after holding up a Massachusetts Walgreens. Todd apparently needed a fix of Oxycontin so bad he threatened the pharmacist with a bomb. Not a gun or a knife, but a BOMB.

Gotta give the dude credit for being creative. I’m assuming the pharmacist didn’t ask to see said bomb, or else this whole ordeal probably could have been avoided. Unless Todd actually had a bomb, but that seems unlikely considering he was only charged with armed robbery and possession of a controlled substance,

The best part of this story came after the robbery. Todd hailed a cab and headed for the Comcast Center where he and the band were scheduled to open for Soundgarden later that night. Drug addicts are funny. Coheed and Cambria released the following statement regarding the arrest.

“We are surprised to say the least and will address the situation with Michael after the tour. For now, we just want to have a great time out here and finish with some killer shows in Boston, Poughkeepsie, Quebec City and Halifax.”

Here’s one of the group’s biggest hits, which they can sing to Mikey once he gets freed from the pokey. It’s called “Welcome Home” and it kicks a fair amount of ass.