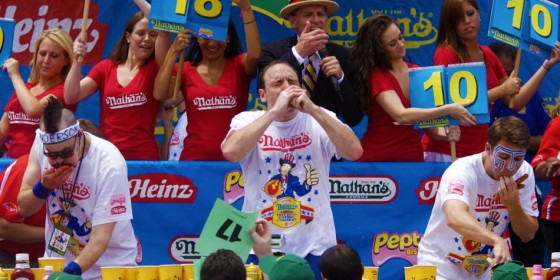 The Annual Nathan’s Hot Dog Eating Contest on July 4th is easily the most famous Competitive Eating competition. The sport really burst into the American consciousness when ESPN began covered the event live in 2004. That was in the midst of a dominating run by Japanese Eater, Takeru Kobayashi, who won 6 straights titles from 2001 to 2006. Largely for that reason, Kobayashi became a star, and this event became a must watch on Independence Day. 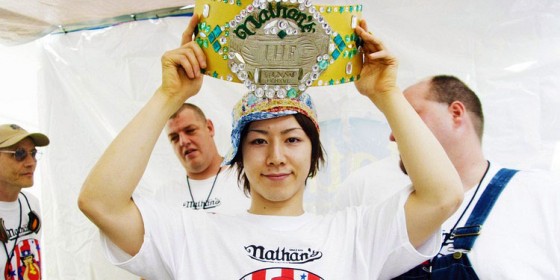 However in 2007 a new champion emerged, as American Joey Chestnut bested Kobayashi by 3 dogs. Chestnut has now put together his own run of domination, winning 5 straight titles. While he defeated Kobayashi in his first three, Takeru has been unable to compete for the past two years, as he has refused to sign a restrictive contract in order to enter. 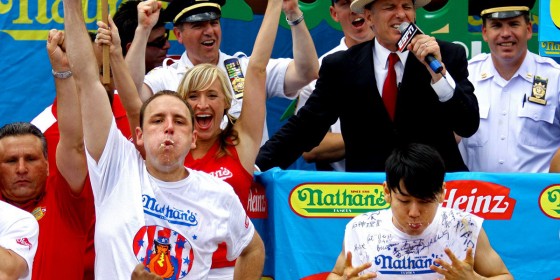 So now this year, as Chestnut attempts to win his 6th straight title and tie Kobayashi’s record, a new Hot Dog Eating Contest has emerged, in Brooklyn. Enter the First Annual Crif Dog Classic also held on July 4th. This sold out event will include live music and Takeru Kobayashi, eating Crif Dogs. While they don’t have the national name recognition of Nathan’s, apparently they make a pretty good dog :

In a city full of Hot Dogs, Crif Dogs has distinguished itself as the local’s favorite. Crif Dogs has won numerous awards for Best Hot Dog, from among others: NBC TV, New York Magazine, Anthony Bourdain and Time Out. In addition, Crif Dogs has inspired some of New York’s best chefs including David Chang, Daniel Humm, and Wylie Dufresne to create signature dogs, taking the humble sausage to new heights. The legendary bacon wrapped Crif dog is a must have on any culinary adventure of New York City. Crif Dogs is a New York institution. 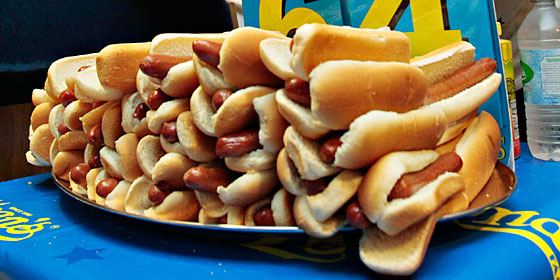 So now we have two Hot Dog Eating Competitions to watch on July 4th, and if you plan your day correctly, you can indeed watch them both. Apparently ESPN will not cover the Nathan’s event live on TV, but rather online at ESPN3.com. They will then televise a recorded version at 3 pm. The Crif Dog Classic will be available online only, at either SI.com or UStream. 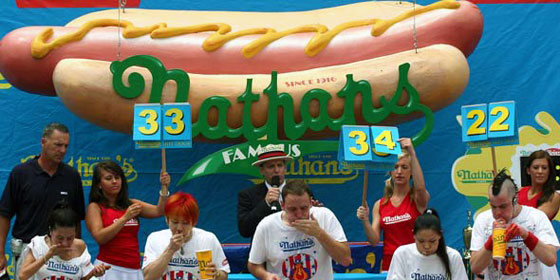 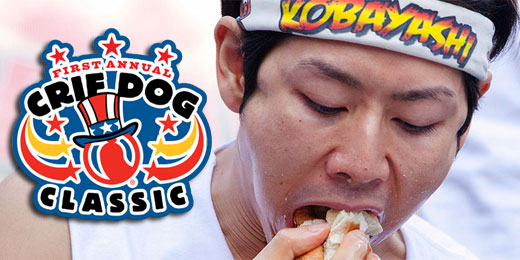 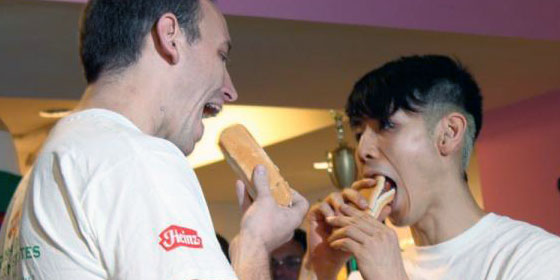 So who will eat the most Hot Dogs in the allotted 10 minute time period, regardless of location? Well despite our love for American Hero Joey Chestnut, we think this year Kobayashi will indeed return to the top of the sport. Kobayashi has been everywhere in recent months, preparing for this moment where he returns to glory : 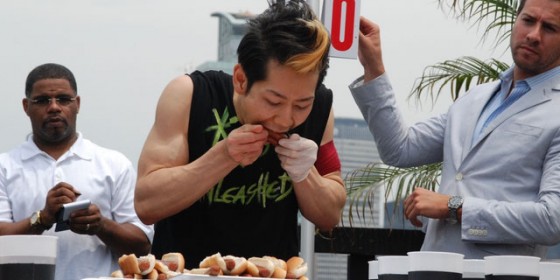 Last year Kobayashi consumed an astounding 69 dogs in 10 minutes for an unofficial World Record on a roof deck in Manhatten. This year he hopes to do it again in a more official capacity at the Crif Dog Classic, and we definitely wouldn’t bet against him. Either way, the real winner will be fans of competitive eating, who will have twice as much Hot Dog eating fun to watch this year.