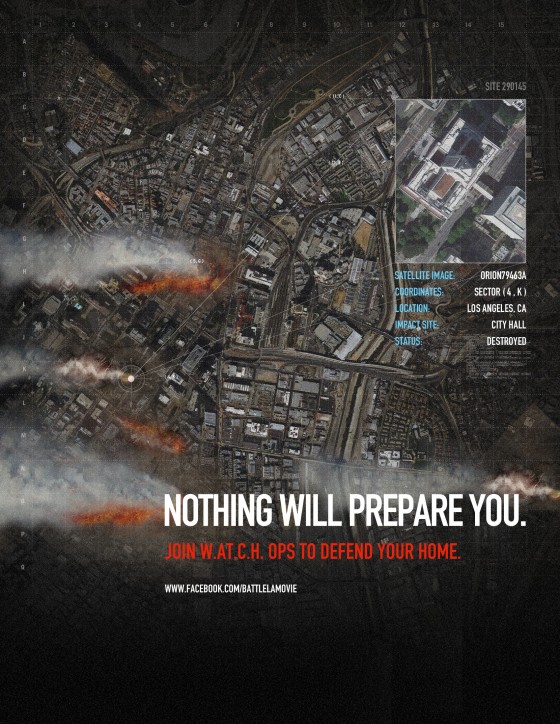 As if you didn’t already spend enough time on Facebook, you’ve now got a new reason. In preparation for the upcoming movie, Battle: L.A., the Facebook game is all set for you to play.

Your city is under attack and it’s up to you to take a stand by killing enemy forces. Soldiers can earn points by checking into “Battles” through Facebook Places or by completing Special Ops assignments in various cities. But it’s not just about saving the city – you can enter to win awesome prizes such as Blu-Ray Disc players, a SONY PS3 system, and gift cards.

Begin your quest at www.facebook.com/BattleLAMovie and also check out the Battle: L.A. website.