Christmas-themed episodes are as much a staple of the television sitcom as the family vacation to Hawaii (Saved by the Bell fans, you know what I’m talking about) or the episode where someone learns a lesson about drugs.

But imagine how foreign those Christmas episodes must be to a Jewish, Muslim, or otherwise non-Christian person. It’s bad enough that you’re excluded from what appears to be the most glamorous magical life-changing event of the year, but all of your favorite families on TV are celebrating it.

In an episode of Friends in the 1990s, Ross creates a Chanukah armadillo character to teach his kid about Chanukah and make it cool. The fact that Ross being Jewish was rarely ever brought up (or for that matter, the fact that he had a kid), made this feel like school music departments (or at least public K-12 schools) throwing in a Chanukah or Kwanzaa song to their Christmas concerts as a sort of affirmative action countermeasure. 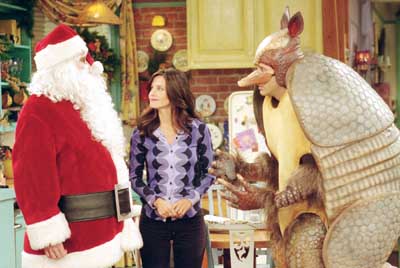 In the 2000s, TV has attacked Christmas head on.

Community, the super-meta-self-referential sitcom that’s often one step ahead of the curve had a pretty good anti-Christmas episode in the first season in which lovable sassy black lady Shirley (Yvette Nicole Browne) wants to wish everyone a happy Christmas but everyone else in the group doesn’t celebrate Christmas.

It involves the following exchange:

Shirley: “Uh, quick question. Are you all coming to my Christmas party right after the final, or are you stopping at home to change into your Christmas outfits?”
Annie: [Breaking the silence] “I guess I could wear one of my Chanukah sweaters.”
Shirley: “Uh, Annie.”
[Uncomfortable]
Shirley: “I didn’t know you weren’t, uh, Christian.”
Annie: “Yep. One might even say I’m Jewish.”
Shirley: [Faking tolerance] “Oh, tha-that’s good for you. Tha-that’s wonderful. I respect all religions of the world.”
Abed: “I’m Muslim.”
Troy: “Jehovah’s Witness.”
Britta: “Atheist.”
Shirley: [With raised eyebrows] “The Lord is testing me.” 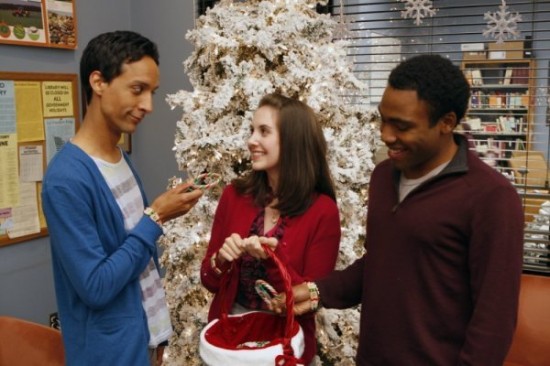 Seth MacFarlane’s show American Dad also had an anti-Christmas episode of sorts where Stan goes back in time to save Christmas by shooting Jane Fonda. The catalyst for this is that a store clerk refuses to say “Merry Christmas” rather than “Happy Holidays” when Stan goes holiday shopping. This could work as an effective anti-Christmas moment, but it’s hard to tell, however, whether this is intended to mock political correctness.

American Dad is considered a sharp political satire and rightly so, but whether the show’s satire comes from mocking or embracing the protagonist’s haphazardly defined sense of patriotism has always been up for debate.

On The O.C., the half-Jewish Seth Cohen redefined the holiday in a more secular friendly way by inventing the holiday of Christmaskahh. This resonated with religious mutts nationwide .

The anti-Christmas approach (or at least the awareness that other people don’t celebrate Christmas) is a better approach because the alternatives, Chanukah and Kwanzaa, don’t really measure up to Christmas. Chanukah is something like the 10th most important holiday in the Jewish calendar and only gets attention because it competes with Christmas.

If you really want to be inclusive of the Jewish or Muslim faith on TV, have a Jewish character attend a passover seder or the high holidays or showcase Ramadan. Admittedly, I can’t imagine many sitcom situations you could mine out of Ramadan, but over on HBO, Curb  Your Enthusiasm and Entourage have mined the high holy days for some brilliant comic fodder. If you ask me, that’s where the true Christmas equivalent is. 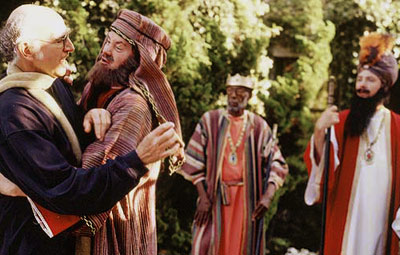