The Bear Essentials of Safety

Bear Grylls is the British adventurer who hosts Man vs. Wild on Discovery channel. He’s a man’s man who is known to put himself into some fairly dangerous situations, so safety is always a concern for him. He has parachuted into some of the world’s most inhospitable locations to demonstrate wilderness survival tactics, so he’s the perfect guy to conduct a safety briefing for Air New Zealand. Wait, what?! 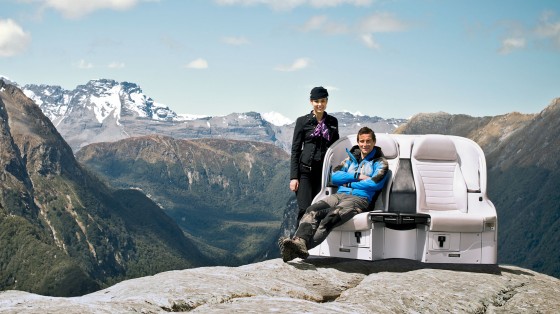 You know, the safety briefing from the flight attendants before the plane takes off, on Air New Zealand they had Bear take care of it :

This is apparently a first for airline safety videos, as it is set and filmed entirely outside of an airplane, backdropped along the Routeburn track and various other New Zealand landscapes. Because really, why would you need an airplane in your airplane safety video?

Carefully watch “The Bear Essentials of Safety”, then enter for a chance to win The Great Kiwi Bucket List: a trip for two from anywhere in the world to New Zealand – the greatest adventure playground on earth!

This isn’t the first time Air New Zealand has gone a bit unorthodox with their safety briefings. Check out these other creative examples :