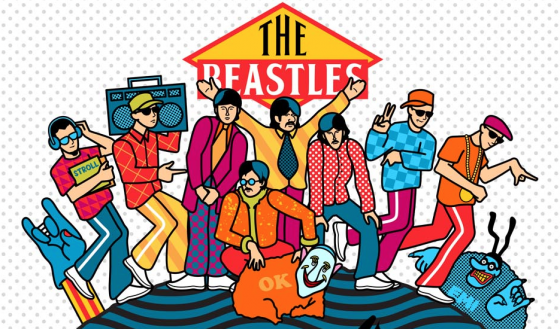 Every once in a while we stumble upon something that combines things we love in such a way that creates something we love even more. That is exactly the case with The Beastles project by dj BC. He mashes up music from two of our favorite musical acts of all time, The Beatles and the Beastie Boys. He’s been doing it since 2004 apparently, with legal challenges along the way.

Recently he released his amazing video for Ill Submarine, and it’s a must watch:

You can find all of the previous Beastles songs on the official site, and the full Ill Submarine double album will be out soon.