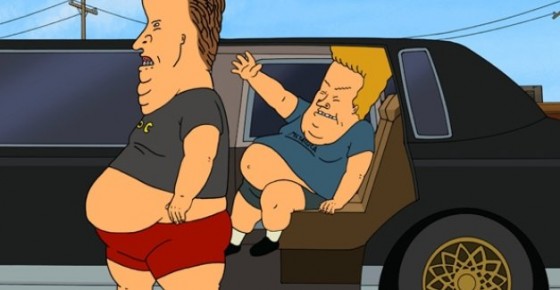 If you’re not checking out the new episodes of Beavis and Butt-head on MTV you’re a dumbass, or something. I was in tears last night watching the appropriately titled “Supersize Me,” which details the dimwitted duo’s efforts to score fame, fortune and chicks by eating at Burger World for 30 days, just like that, uh, Sherlock dude. It’s nothing but one long fat joke, but the sight of their engorged stomachs and triple chins had me rolling. What can I say, I’m a sucker for cheap laughs.

Oh, the second mini-episode called “Bathroom Break” is hilarious too. All told, best installment of the season so far.