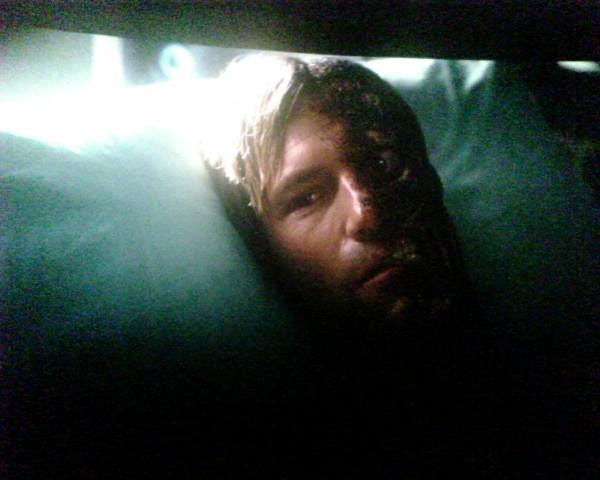 Villains just wouldn’t be villains without excellent entrance scenes. How could anyone forget the aftermath of the decimation of the Rebel troops aboard the Tantive IV when the sinister Darth Vader makes his grand appearance through the smoke? Or would Professor Quirrel have been nearly as scary without the disembodied half-head of Lord Voldemort under his hood? Michael Myers? Sure, he was a large, lumbering mass murderer, but it took the bleached-out William Shatner mask to make him that much scarier. My point is, these eleven villains knew how to suck you into their shattered psyches by transforming into hideous monsters right before your eyes. Watch along as eleven of our favorite bad guys became their iconic selves.

You just know that when an entire six-plus hour epic movie trilogy based on an epic series of novels fully revolves around a lone ring coveted by one, tiny, bat-shit crazy Hobbit, you’re in for a wicked villain.

The Unmasking of the Phantom

The year was 1925. Lon Cheney was the master in make-up. The reveal, as it were, became the stuff of legend.

The pure embodiment of Ash’s less-than-good-natured side, Evil Ash rises from his own pieces.

Sil. She, the Species Creature, Shows Her Real Face

Honestly, could any soon-to-be-spilled red-blooded American man turn away the advances of Natasha Henstridge? Yeah, me neither.

A Double Whammy, Though Only One is the True Villain

From a film as pleasantly cheesy as a box of Kraft dinner comes two of the coolest transformations of all time. Dracula, the true bad guy here, is the focus, but Van Helsing’s surprising werewolf-ing is a nice plus.

A Bad Blood Test: The Thing

Even if you could see this coming, the act of visualizing it is nothing short of terrifying.

Now That Half is Over Done

In my humble and simple opinion, Aaron Eckhart completely steals this movie. This scene is a good argument why.

Eddie Brock Gets His Wish

The first of two from Spider-Man 3 comes the symbiotic overtaking from Peter’s ‘black’ suit. Though Topher Grace is a pale comparison to the Marvel Comic’s rendition of the titular villain, the scene is still pretty striking.

It just occurred to me that this is the third entry (the fourth coming up) from master director and film maker, Sam Raimi. What can I say: The man knows how to give his villains and anti-heroes great entrances.

I am not a fan of Spider-Man 3. That being said, this scene in which poor Flint Marko unwittingly succumbs to a government experiment and then tries in vain to ‘reform’ in order to just grasp his daughters visage is quite heart wrenching.

There Can Be Only One

Despite all the theatrical hullabaloo, and aside from the fact that Heath Ledger did an admiral job, Jack’s portrayal of the very scene in which he realizes the sick, sadistic, vile humor of the man he’s become is far and away a better performance than the Joker’s mad kookiness from The Dark Knight. Period.

PS. I left out three (at least) that I hope I don’t hear about, but just in case, here’s why: Darth Vader. No. A villain personified, true, but his ‘creation’ in Episode III was laughable at best and a blatant rip-off (see: homage) of Frankenstein. The Fly. Jeff Goldblum was amazing as Cronenberg’s main antagonist, but he is no bad guy; just a Joe in a bad situation. And, finally, Landis’ An American Werewolf in London has easily the finest transformation in horror history, but he, too, is a victim of circumstance.