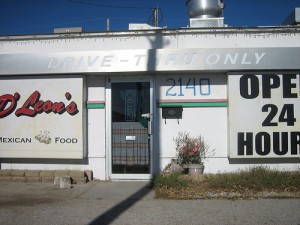 The fact that they walked up to a drive-through probably should have tipped someone off that something was amiss.

Who doesn’t love a good superhero origin story?  Well the patrons of D’Leon’s Mexican Food in Lincoln, Nebraska got to witness the birth of a new hero: Steak-Man.  It was around 3 a.m. this past Friday when villains throughout Lincoln began to fear the sound of a steak sizzling on the grill.

Two men had walked up to the restaurant’s drive-through window and ordered drinks.  When an employee opened the window to give them the drinks, one of the men grabbed the employee and threatened her with a knife. 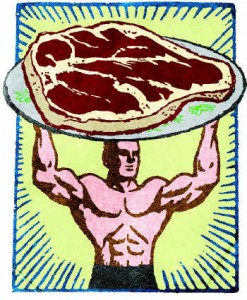 And that’s when Steak-Man sprang into action.  One of the cooks, whose name has been withheld probably due to the whole secret identity thing, picked up a piece of flank steak and hurled it across the room at the knife wielding robber, smacking him in the face and causing him to drop the knife and run.  Apparently, he didn’t want seconds.

We can only hope that Steak-Man came up with a clever witticism on the spot to really punctuate his awesomeness. 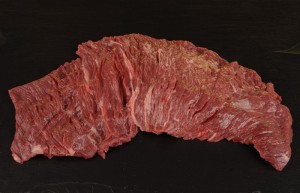