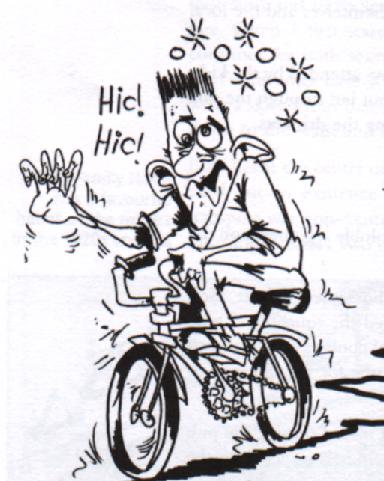 Let’s say, for the sake of argument, you need a speedy beer delivery to a victorious sporting celebration and everyone in the vicinity is already blotto. Now what? Well, assuming you also take residence in Portland, Oregon, you’d have to call the Hopworks Urban Brewery. Why? Well, because they’re the only ones around who’ve had a specially modified two-wheeler built by Hopworksfiets to tote around two full, tapped kegs, an actual handle-bar mounted bar-top, and, apparently, pizzas right to your sloppy face. Awesome! The bike weights 400 pounds fully loaded. That’s like hauling John Candy in a newspaper basket. Anyway, it looks damn cool and you can read more abut it at Wired.com. Happy drinking! 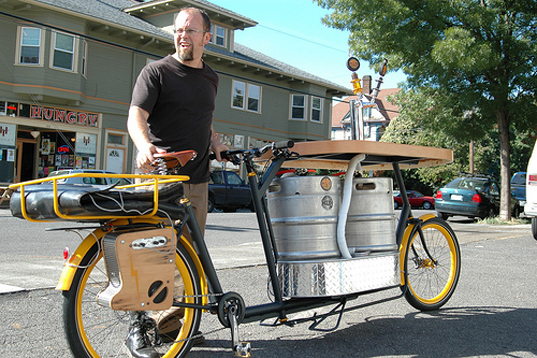 However, if two wheels just aren’t your style and you’d like to involve upwards of ten more people actively in motion, well, then you can’t go wrong with the multi-seat Beer Bike. Now that’s a party! 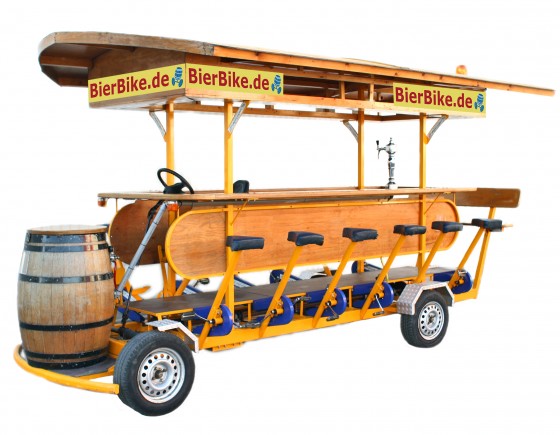