Beer and Boobs with Holly Madison 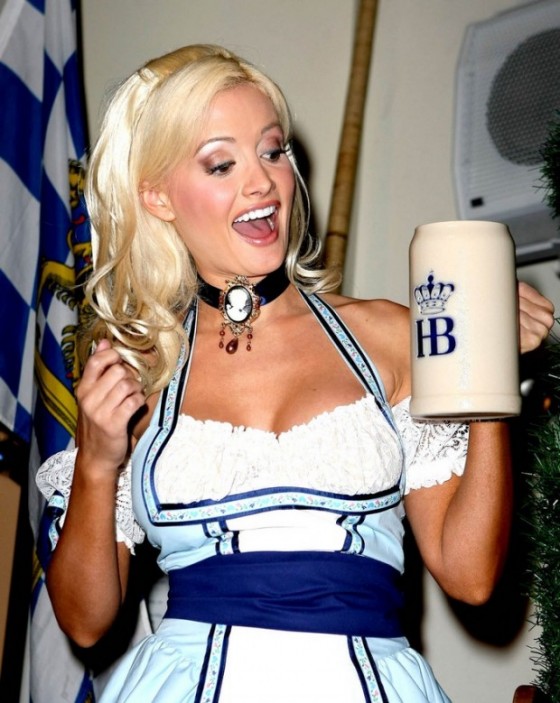 Holly Madison was in Las Vegas over the weekend to serve as the ‘Official Keg Tapper’ at Hofbrauhaus. Visit our friends at Guyism for more photos of Holly at this event (we just stole the images with beer in them, cuz we have a fetish):

However this isn’t the only time Holly has been on hand to pour some ceremonial beer. Apparently this is her new profession, as back in August she appeared at Sin City Brewing Co. in Vegas’ Planet Hollywood Casino Resort: 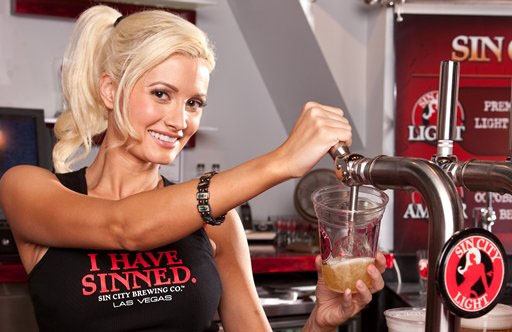 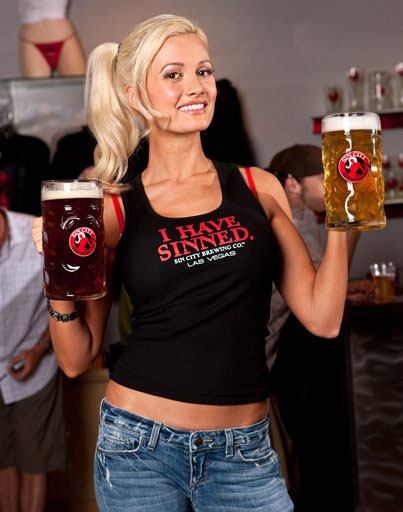