Beer and Boobs with Jennifer Aniston 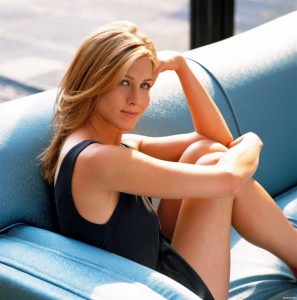 I’m just about as tired of Jennifer Aniston and who she is or isn’t currently screwing as I am of our retarded Michigan economy; that is to say, an awful lot. Ever since her early career break in the laughably lovable horror flick, Leprechaun back in 1993 to her sudden slingshot to stardom as the sixth cast member of the ridiculously popular TV show Friends, Aniston has managed to somehow absorb far too much of the limelight. Oh sure, she has the dramatic range of bowl of cereal -we all know this- but the real point is that she’s just so damn hot. She could, in all actuality, just stand out front of a store waving at passing traffic in nothing but an ad placard and a fez and she’d still out-sexy 90 percent of Hollywood. Well, considering that, Jennifer has yet to really hock a decent beer for profit. Well, at least over here in the States. Here we have a Heineken beer ad that has been, apparently, banned. She doesn’t say a word (which is more points in the black) but it is pretty hot. Also funny!