Beer and Boobs With Jennifer Ellison

So, there’s this hoity-toity, snobbish, pole-up-their-collective-asses, British Beer and Pub Association who apparently (shocker) tax the snot out of the local brews. Darn those Brits always trying to lay down the taxation on beverages we Americans really like. Anyone remember The Revolutionary War? Tea Tax? Boston Harbor? Hello, McFLy? Anyway, that’s beside the point. What is the point is that smokin’ hot and tent-pitch-tastic chick, Jennifer Ellison, known across the pond as the sweet Emily Shadwick on the TV soap, Brookside, and, evidently, as Meg Giry in the appalling Phantom of the Opera with that dude from 300, is fighting the good fight and promoting “Axe The Beer Tax”.

This little club wants to stomp out the increase of a pint over there in Jolly Olde England, and I can’t say as I blame her and the rest of the group since we all know just how much beer tax sucks! At least they don’t have a ten-cent deposit (I’m talking to you, Michigan!) As I was saying, the stunning, top-heavy, motor-boat-able babe, Jennifer Ellison is all for the cause. And lucky for you, we got some pics! Have a nice day. 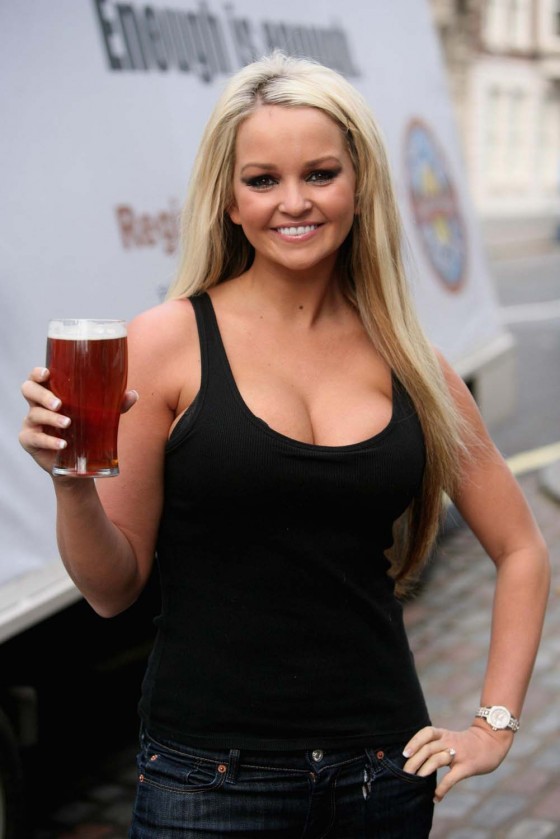