Beer and Boobs With Jennifer Garner 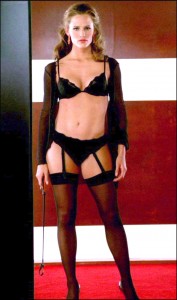 Man, remember when the hot-assed little minx, Jennifer Garner, used to steam up the screen in the TV show, Alias? Yeah, well, as is often the case when ladies enter the skank-stages of their lives, she, too, met Ben Affleck. Look, nothing against big Ben there, -he was the ‘F’n’ Bomb in Phantoms, yo!- it’s just that he’s, well, questionable at best.

Anyway, enough about him, let’s look at Mrs. Garner-Affleck, here: she’s been seen in all of the following films over the course of her illustrious career: Juno, Pearl Harbor, Dude, Where’s My Car?, 13 Going on 30, Catch Me if You Can, Daredevil, Elektra, Catch and Release, and The Kingdom. Whoa, there’s a shit-load of missteps in there! Pearl Harbor? Yikes. Lately you can see her hocking some make-up or another as she attempts to cling tenuously to her youthful exuberance. Whatever.

All that aside, I have to give her props for standing outside of a grocery store basically getting ready to throw back a brew. Its a bit tough to tell… but I think that’s…. doh! Virgil’s… Root Beer. Were I married to Ben Affleck (and some day I will be… fingers crossed), I’d be drinking something a bit harder the moment I was out of the store.

Yeah, I was so kidding: She is still ridiculously smokin’. 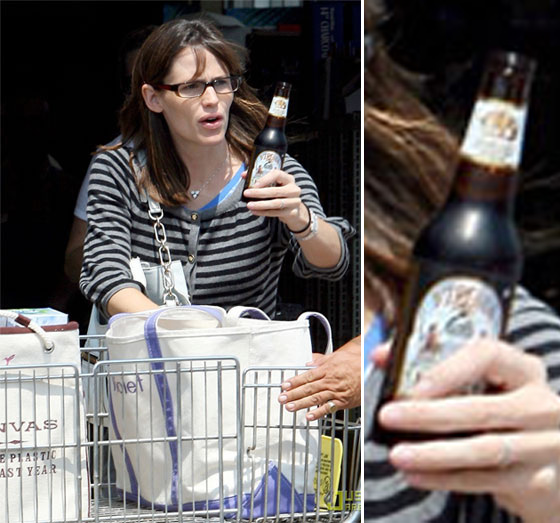