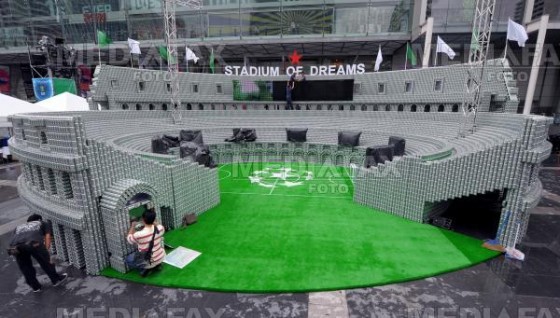 Our buddy DJ Mick alerted us to this beautiful site, a football (soccer) stadium made of over 230,000 beer cans. The pictures show Thai workers putting the finishing touches on the giant model, which is displayed at a shopping mall in Bangkok. It was constructed to promote the UEFA Champions League final match between Barcelona and Manchester United FC in Rome on May 27. The match is considered a dream match, and to many, this is certainly a Stadium of Dreams, even if they are cans instead of bottles. 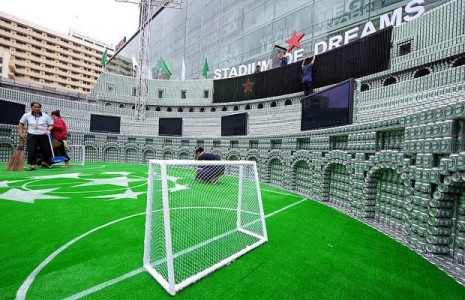