Ten Ways Beer League Hockey is Harder Than the NHL

Pictured: The Screaming Squirrels out of Laurel, Md.

A recently created video on xtranormal.com has gone viral for its hilarious take on beer league hockey players and what they must go through to even get out of the house (video below). It got me thinking of the many ways that us beer league players have it harder than the pampered athletes playing in the NHL. Having spent the last decade playing beer league hockey, I’ve asked around to my teammates and created this list of ten reasons why it is harder than the NHL. You know, aside from the fact that you have to pay $600 instead of getting paid six million and you’re playing with guys who barely know how to play hockey. These are some of the less obvious ways…

1) Need permission from the wife

Most married men not only need permission to sign up for a league, but often times to attend each and every game. Here is the awesome video I mentioned above, which explores this topic in humorous detail:

2) Someone forgets to bring beer 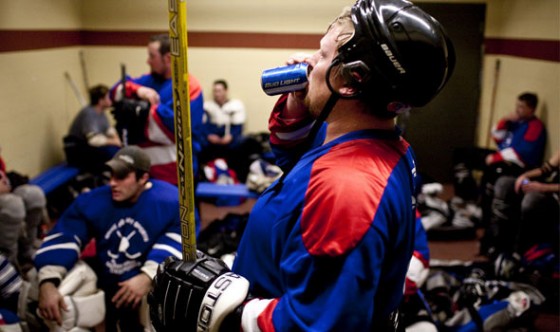 And when they do bring it, it’s Beast.

3) Goalie doesn’t show up on time 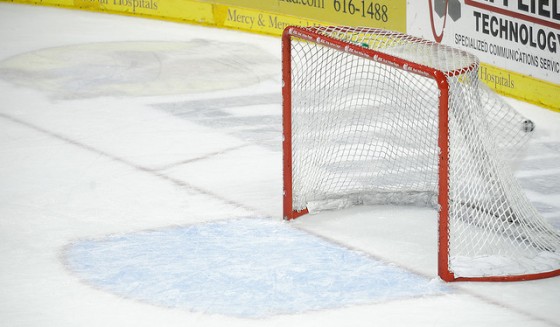 You spend the first period with six on the ice as your opponents take potshots at the open net. Or… when you find out that your goalie can’t make it, you run around the rink, waiting for other games to end to ask tired and sweaty goaltenders if they can sub right then and there.

4) Playing the entire game with no bench 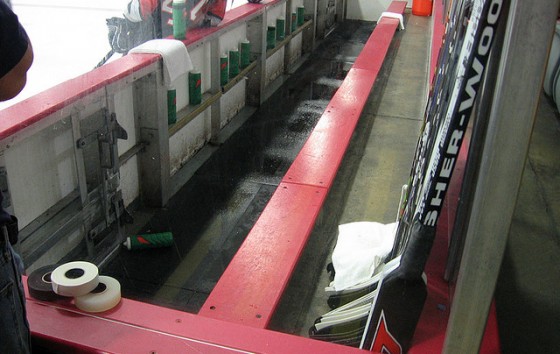 Typically, skaters want more ice time. But when there aren’t even enough subs for a full line change, the legs get a bit… tired. So you’ve got to sacrifice some of your game to preserve energy. First on the list? Back-checking.

It could be worse though. You can be on a team with a guy who plays 3-4 minute shifts. His reason? He wasn’t yet tired. 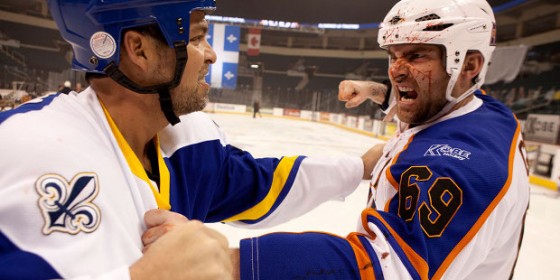 The professionals, aka our idols, fight, sit for five minutes, then leave and beat each other up again. We get in a fight? Suspensions and expulsions. 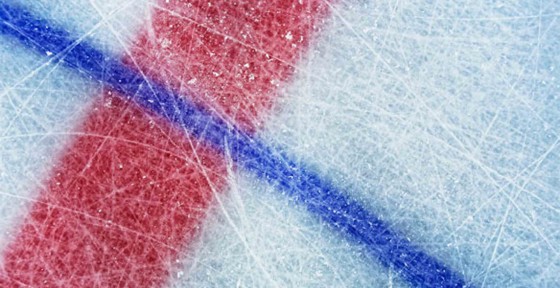 Last year, the Verizon Center in D.C. made news because the Capitals and their opponents agreed that the ice was consistently terrible. Though measures were taken to improve the conditions, beer league players would love to have ice that’s cut between periods and half as good as the Verizon Center on a bad day. 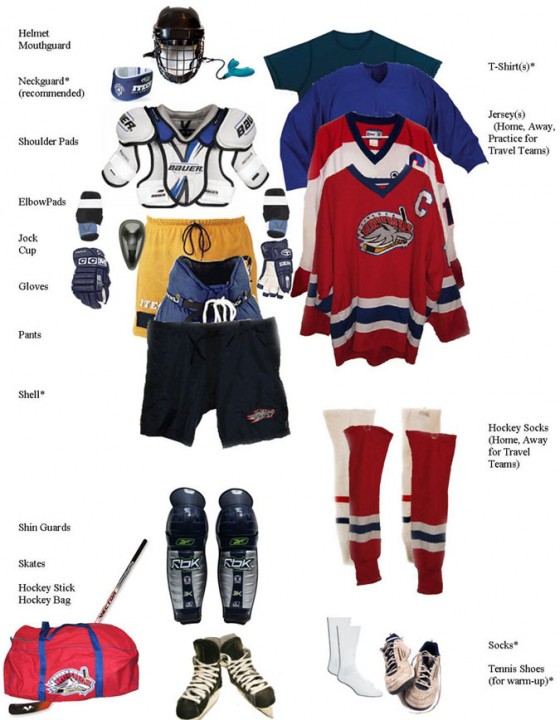 Of course we’re sometimes going to forget something. Look how much stuff we need for every game!

Got the same color jersey as the other team? Are you the visiting team? Then get ready to wear the unwashed, mold-stained league pinnies, still reeking from the previous fellas who wore them. I guarantee the league in the photo below is still using these same pinnies, and they’ve never been washed. 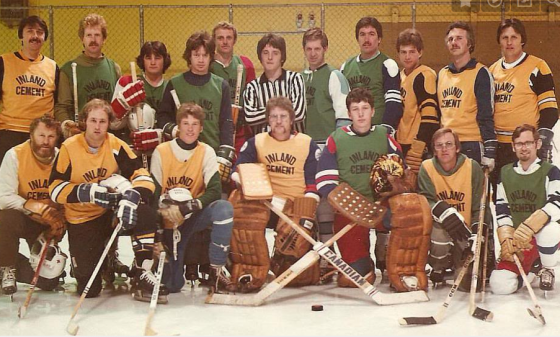 Another annoyance is when one team doesn’t have all the same color. It’s like a pick-up game. The guys in the gray or black or brown jersey against the guys in the white or yellow jerseys. There’s nothing like looking up to pass, only to have to think about whose team you’re on. And for the love of God, get yourself a number.

9) No instant replay, only two refs 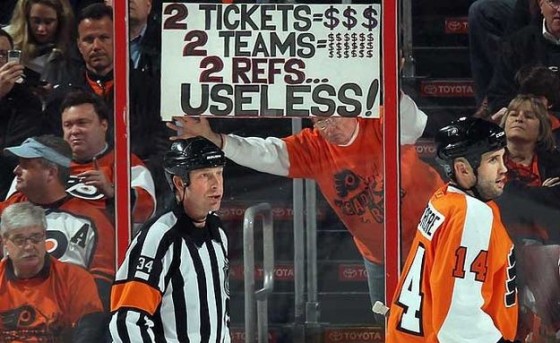 When an NHL player scores but the refs don’t see it, the replay goes to Toronto. When it happens in beer league hockey, it’s cause for a temper tantrum and a trip to the penalty box for unsportsmanlike conduct. Plus, the NHL has two refs and two linesmen. Beer leagues only staff two refs. So, it’s more likely that there will be missed calls in the beer league. 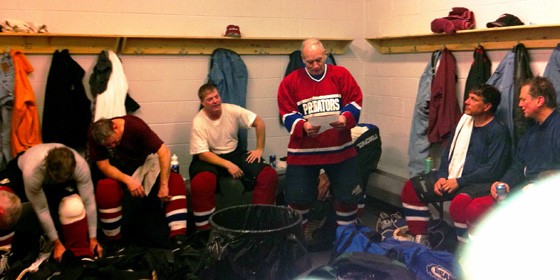 Beer league players routinely get staph infections in the dankest, most disgusting locker rooms ever, with phlegm wads and crap all over the place. While the locker-rooms are bad, the equipment bags are even worse. In the NHL they have equipment managers who keep the pads clean and relatively fresh.

In the beer league you play with and against some stinky bastards who keep their equipment zipped up in a bag all week and never even air it out. Sitting next to that guy in the locker-room is the worst.

…Some of which don’t necessary make the sport harder than the NHL, but are annoying nonetheless.

A) Playing for all… two fans in the stands

Granted, the number of people in the stands shouldn’t have an effect on the game, and some NHL teams don’t exactly sell out themselves, but it’s kind of sad when the only audience you have are a few of the guys who are playing in the game after yours. 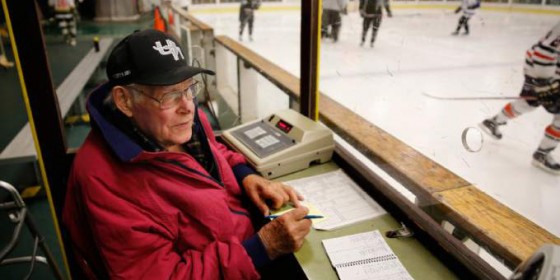 This problem plagues most leagues early in the season. Who hasn’t had someone on their team asked to leave the ice because the scorekeeper says they haven’t registered with Hockey USA?

Even worse than the late start, it’s difficult to sleep after games due to the adrenaline, which makes it difficult to wake up on time and get to work the next day. The 2:00 AM hand-job helps with that problem though.