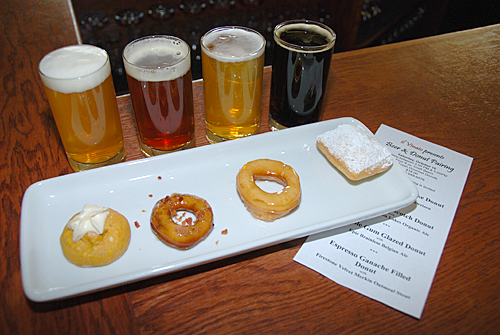 That’s right, kids, it’s June 5th and evidently it’s National Doughnut Day! I put a link to Wikipedia because there’s some kind of story on the origins and what not of the holiday, but I don’t give a shit about that, because I can see absolutely nothing wrong -or needlessly explanatory- with this as a mediocre holiday in any way, shape or form. In fact, I can think of only one way to at least match the awesomeness of a day dedicated entirely to doughnuts: Two words – ADD BEER. Oh yeah. Beer. So lets take a look at a few beers that go wonderfully with doughnuts, what do ya say?

This is definitely the forerunner of all the other doughnut-type beers to follow. Here’s what the site has to say:

Rogue Ales has collided with Voodoo Doughnut to create Bacon Maple Ale! This unique artisan creation contains a baker’s dozen number of ingredients including bacon and maple syrup from one of Voodoo’s signature doughnuts.

In case you didn’t know, Voodoo Doughnuts is a world renowned dough-nuttery in Eugene, Oregon. 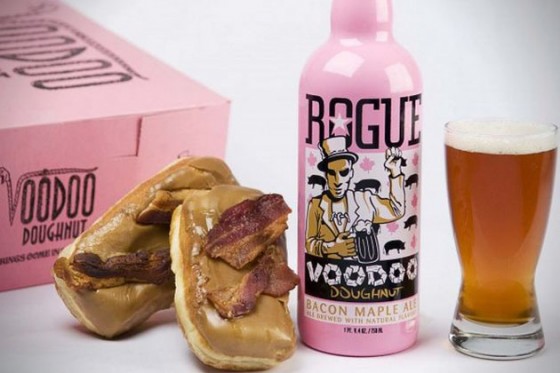 This brewery did exist in Alevanderia, VA, but apparently it’s closed. Sad, really. It’s like losing a friend. Even though I’d never been there, any place that closes that made beer is like a piece of us brew hogs dying just a little bit inside. 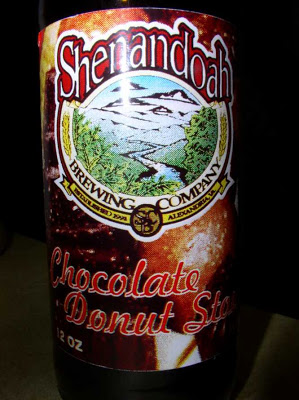 I got a chance to try this beer back in 2010, which, as far as I know, was the last and only time it was made. Dark Horse brewed it with a local nut roll/Long John from Louie’s here in Michigan and man oh man did it taste like it: nutty, sweet, banana-y… just amazing. Good stuff that was sadly short-lived.

I’ve had this one, too. It’s amazing and, yes, though I know it isn’t specifically a donut, you can’t tell me you’ve never had a shortcake donut maybe with strawberry icing? Yeah, close enough for Rock N Roll in my book:

A golden ale creates the perfect foundation for one of our most popular concept beers. The addition of strawberries and milk sugar transform this beer into rose colored nectar that is pleasingly sweet with hints of cream. Biscuit flavors and aromas arise from the use of large amounts of Victory malt. 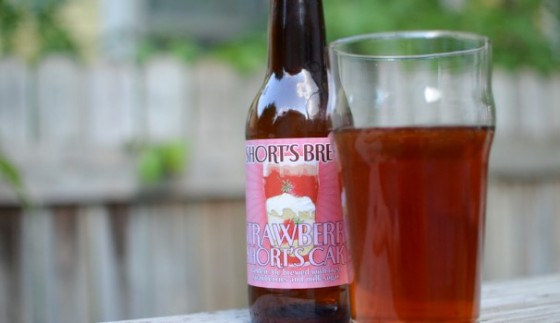