Media > Movies > A Beginner’s Guide to Watching The Avengers

A Beginner’s Guide to Watching The Avengers 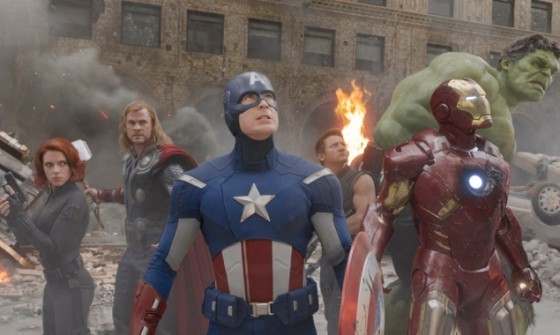 Comic book geeks and superhero cinephiles have been eagerly anticipating for The Avengers to arrive in theaters and the wait is nearly over. Beginning tonight at the stroke of midnight, multiplexes across the country will be jam-packed with legions of hardcore fans bracing to squeal with glee at the sight of Iron Man, Captain America and Thor battling side by side.

But what about all those people who don’t know shit about the Marvel team of men and women in tights? They don’t want to be excluded from the party. What are they to do? We here at Gunaxin are gonna do these poor bastards a solid thanks to our handy-dandy Beginner’s Guide to Watching The Avengers. Without getting too complex, here’s the skinny on Earth’s mightiest heroes.

Using his enormous wealth and genius mind, Tony Stark built himself a badass sophisticated suit of armor that allows him to fly, shoot lasers and fire clever quips at his mortal enemies. Tony is also a hit with the ladies, again due to his deep pockets, dashing looks and big brain. He's kinda sorta the leader of the gang, but everyone is their own superhero. 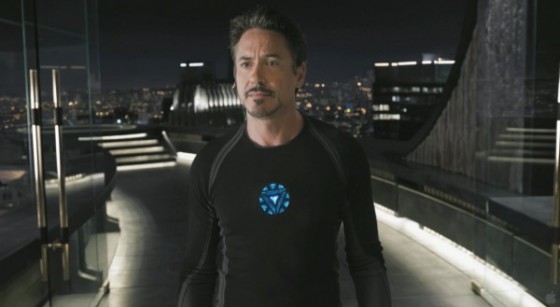 Cap has been busting crime and foiling nefarious plots since WW II. He used to be a wimpy beanpole who couldn't beat up a one-legged midget, but thanks to an experimental military serum, he's now a buff solider who lets his fists, gun and shield do his talking for him. He and Stark are cut from completely different cloths, so they butt heads from time to time, but they both enjoy crushing evil-doers. And like Stark, the ladies swoon whenever Cap is around. 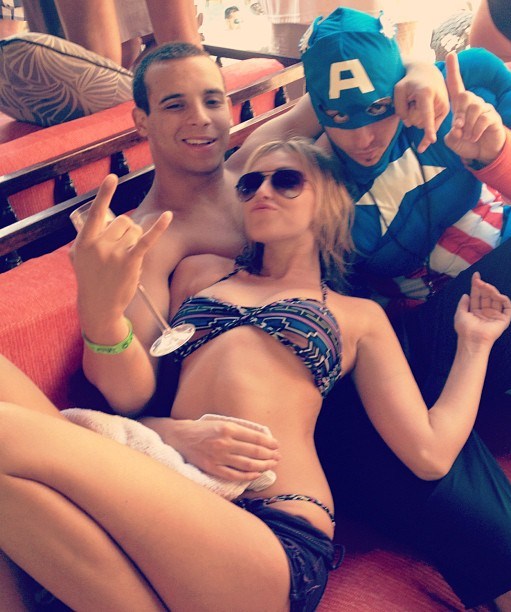 The Hulk Has a Temper

That pesky gamma radiation your mom always warned you to stay away from turned mild-mannered scientist Dr. Bruce Banner into a raging mountain of green muscle who gets his jollies smashing anyone or anything that gets in his way. The Hulk is the ultimate loose cannon, but definitely a guy you want on your side. He's also murder on the wardrobe, so slipping him gift cards to T.J. Maxx is encouraged. 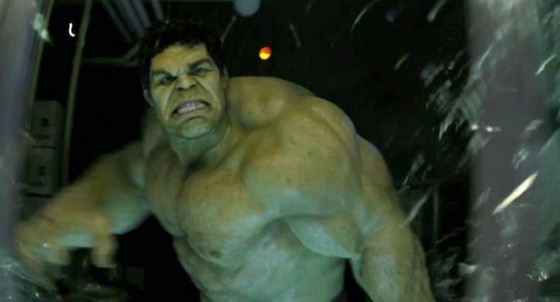 Thor is a GOD… No, Really

"Damn, it feels good to be a God." That's gotta be what Thor says to himself ten times a day. He's tall and ripped and strong and has flowing golden locks. What's not awesome about being a God? Uh, try nothing. Dude even carries a kick-ass hammer named Mjolnir that crushes skulls and stuff; it's wicked cool. Oh, and he can use it to summon lightning and thunder and rain, and also to fly faster than the speed of light. Whoa. Plus, he's been alive like forever, which is bitchin'. 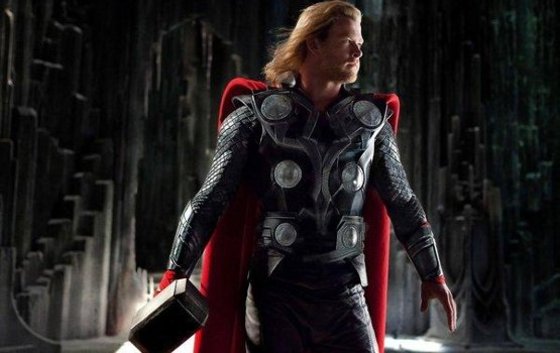 She's a spy who also works for S.H.I.E.L.D., but all you really need to know is that she looks bonerific in her skin-tight black costume, especially when her curvaceous body is engaged in hand-to-hand combat. 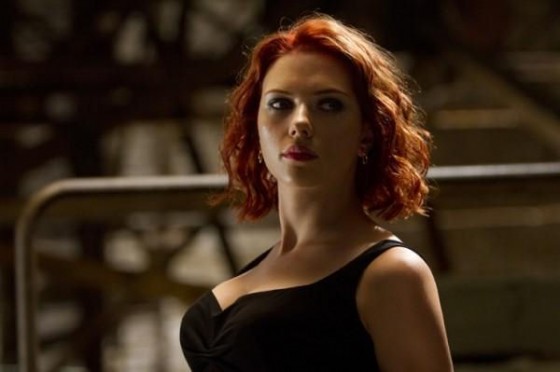 Now, the Hawkeye fan club will be up in arms at this accusation, but let's face it, the guy is pretty much the team's backup quarterback. "Uh oh, Thor went to another planet for the night, better warm up Hawkeye." The proficiency with a bow is impressive, and he can drop the Hulk with a couple of tranq arrows. That said, the rest of the crew probably wouldn't miss him if he took a day or twenty off. 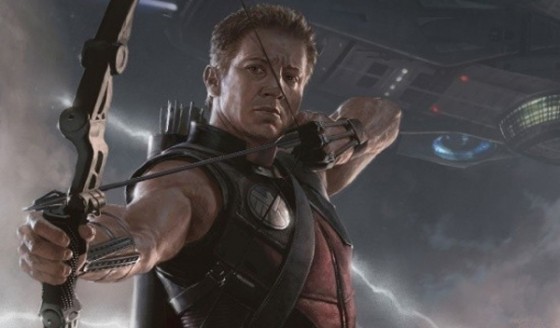 Loki is a Dick

Adopted brothers are always a problem. Not enough attention from mommy and daddy makes Loki a real asshole. The kind of asshole who wants to make all of humanity bow at his feet and kiss the ring. Years of getting hand-me-downs and chicks asking about his older bro, Thor, have taken their toll on the tyrannical madman. But without his insane delusions of grandeur, there would be no movie, so he's a necessary prick. 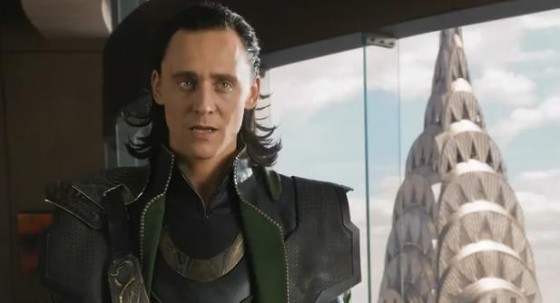 And not just because Samuel L. Jackson is playing him, although that certainly doesn't hurt. He's an international super-spy not unlike James Bond. He led a group called "The Howling Commandos." He coordinated the formation of The Avengers. And he did and does it all with only one eye. Nick Fury is straight up pimp, yo. 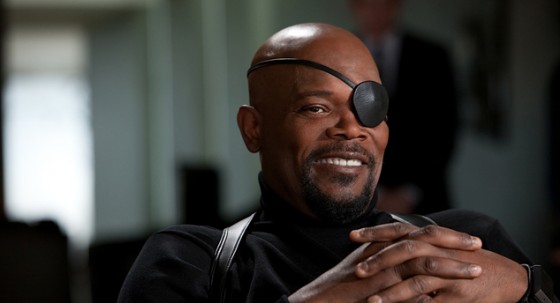 The female equivalent to Nick Fury? Honestly, we were preoccupied getting drunk and laid when she debuted on the comic pages in 2005, so our background info on her is scant at best. Let's just call her the "other hot chick" and be done with it. Yeah, that works. 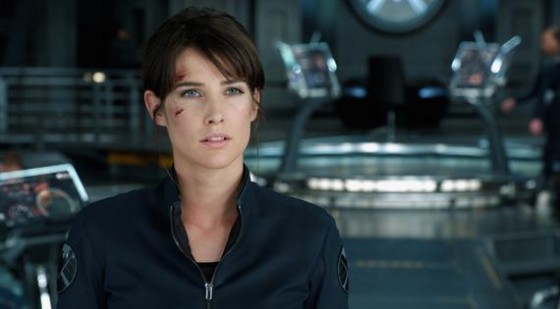