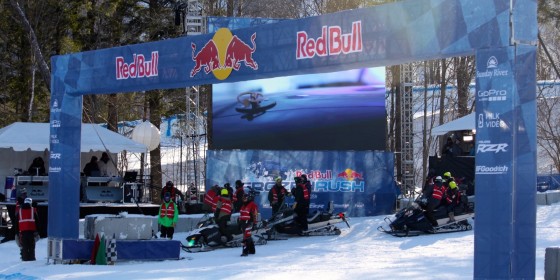 Normally when spectators attend a sporting event, or watch it on television from their couch, they are focused on the competitors and the competition. Rightfully so, that is the entertainment that you have paid to see. However sometimes it’s interesting to go behind the scenes, and think about the 100s of people who work to put an event together. 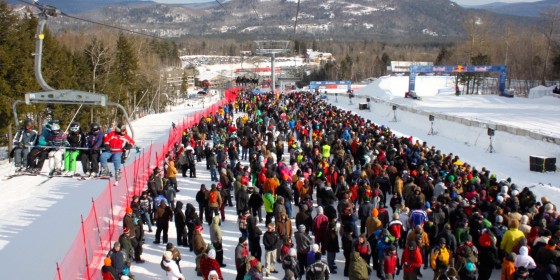 Our trip to Sunday River Resort in Maine for Red Bull Frozen Rush lasted five days, which gave us plenty of time to look around and appreciate everything that goes into putting an event of that size together. So while we were in the pits, or riding the gondola above the course, we paid particular attention to those normally hidden details. We’ve already covered the race itself, but we’re self-aware enough to know that our photos of the action will never be as good as the professionals. So instead we directed our lens at the crew grooming the slopes, photographers capturing the action, race officials overseeing the contest, reporters interviewing the drivers, crew working on the vehicles, folks selling merchandise, or even the DJ keeping everyone entertained. In this photo gallery we highlight some of the people who make an event like Red Bull Frozen Rush happen :

We were pleased to see that the folks at Red Bull had a similar idea with their coverage, and have produced a great Behind the Scenes video. Go inside Red Bull Frozen Rush from three different perspectives in this compelling piece :