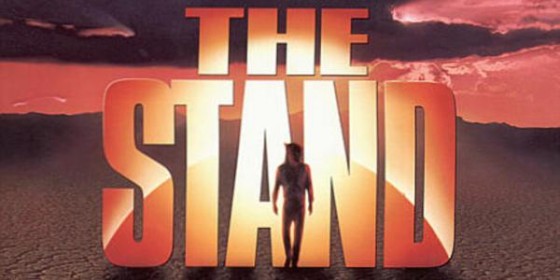 Hollywood just can’t get enough of big screen Stephen King adaptations. And who can blame them with such smash hits as The Dark Half and Needful Things? Well, for all you cinephiles who’ve been clamoring for The Stand to be made into a trilogy of films directed by Ben Affleck you’re wishes have been granted. Amaze us with your inside info, Deadline:

Warner Bros has chosen Ben Affleck to adapt and direct The Stand, Stephen King’s apocalyptic mammoth book. Affleck has become a cornerstone director for the studio, but this would be his greatest challenge yet. Even King has been reticent about the idea of making a feature of his book, which previously was turned into a miniseries. With The Town and Gone Baby Gone, Affleck has shown the grit necessary to handle such an unforgettable tale.

Since when does helming a pair of good not great urban crime dramas translate to “the grit necessary” to deliver three movies detailing an epic battle between good and evil set in a post-apocalyptic world destroyed by a man-made virus? I mean, Affleck has skills but let’s not anoint him the next Peter Jackson quite yet.

The best part of this news? There’s a better than average chance Randall Flagg will have a Boston accent. That would be wicked pissa!