Ben Kingsley Might Be the Villain in Iron Man 3 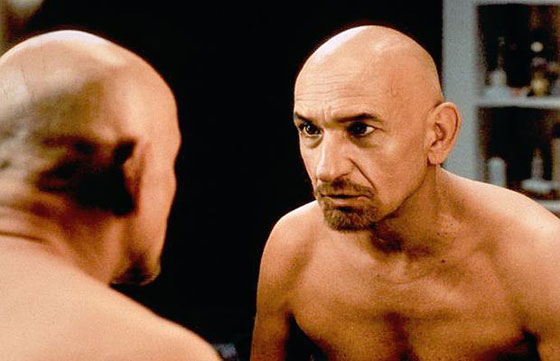 The same dude who played Gandhi and Guru Tugginmypudha is in the running to be the main villain in the upcoming Iron Man 3. That’s right, Sir (I’m obligated to write that) Ben Kingsley and his signature chrome dome could be going head to head with Robert Downey Jr.’s Tony Stark.

Kingsley’s character is involved in the spread of a virus through nanobots, given that IRON MAN 3 is loosely based on Warren Ellis’ six-issue “Extremis” comicbook series first published in 2005. That arc — which also heavily influenced the first Iron Man pic — introduced a new origin story and focused heavily on nanotechnology.

If you’ve seen Sexy Beast then you know Ben can be downright nasty when given the proper motivation. Since Iron Man 2 kinda sucked, having a world-class actor like Kingsley on board would be a major coup. Although I’m pretty sure he won’t sound at all like this (NSFW):