A Way Too Early Look at the Best Actor Race 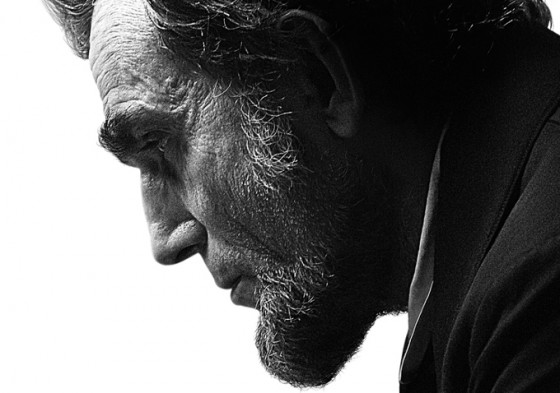 Oscar season hasn’t even kicked into gear yet, and yes, we admit we’re already looking ahead to the movies and actors and directors who could be taking home a little naked golden man in early 2013. (Sidenote – it feels like there’s a Jerry Sandusky joke in there somewhere, but we’re far too dignified to run with it.)

Anyway, with trailers for movies like The Master and Lincoln coming out recently, it got us thinking about who might be leading the race for the coveted Best Actor statue, which has previously been won by such luminaries as Jimmy Stewart, Sir Alec Guinness, Burt Lancaster, Tom Hanks and… Nic Cage? Hmm, must have been for his stunning work in The Wicker Man.

Yeah, that just happened. Anyway, here’s a way too early look at some of the top contenders to place their names alongside a man who once bravely donned a bear suit and punched a woman straight in the face. 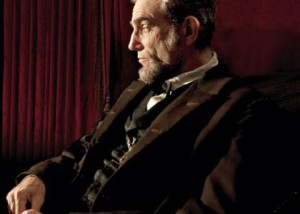 Guess what? Daniel Day-Lewis has a new movie coming out. And it's called Lincoln. We could really stop right there, because basically whenever he's in a movie it pretty much means everyone else should just go home and let him collect his Oscar. But it's especially true when he's being directed by Steven Spielberg and, oh yeah, he's only playing Abraham freaking Lincoln in a biopic. There are few certainties in life: death, taxes, the Cowboys choking in the playoffs with Tony Romo at the helm, and Daniel Day-Lewis getting an Oscar nomination (and likely win) when appearing in a historical epic. 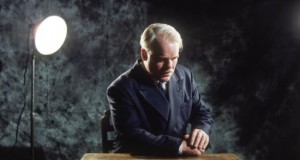 Along with Daniel Day-Lewis, Philip Seymour Hoffman is one of our preeminent actors who uses three names. He's also just a good actor, period. He'll be proving that once again this fall when The Master is released. PSH has a few things going for him with this role, the first of which is director Paul Thomas Anderson, and another is that it is in no way, shape or form a skewering of Scientology. Not at all. Nope, not remotely. Nothing Scientology related here, folks. Anyway, the early indications are that PSH is going to blow us away with a tour de force performance as the titular Master, and is the frontrunner to give Day-Lewis a serious challenge. 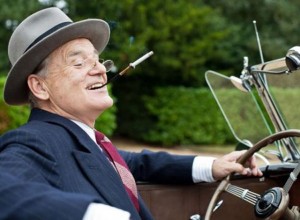 One of these days, the Academy will recognize the brilliant work Bill Murray has been doing for the better part of the past 20 years. There's a very good chance that this will be that year, and there would be an even better chance if he wasn't going head to head with the above two guys. Murray is, however, taking a note from the DDL playbook and portraying a beloved president in Hyde Park on Hudson, playing Franklin Roosevelt. Seriously, go watch the trailer for this thing and try to tell us that it's not trying to ride the coattails of The King's Speech to Oscar glory, with Bill Fuckin' Murray front and center for the ride. 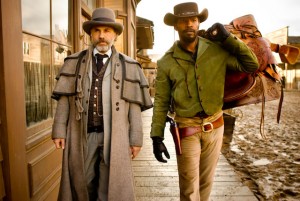 Jamie Foxx has an Oscar on his resume already. Not bad for a guy who used to spin records while Jennifer Lopez and the rest of the Fly Girls shook their asses on the set of In Living Color. Of course, he's since followed it up with several not so great films, but he seems on the verge of redeeming himself thanks to the upcoming (probable) masterpiece by Quentin Tarantino, Django Unchained. We can tell you right now this will be one of your favorite movies of the year, and Tarantino always manages to get a few Oscar noms. Unfortunately for Foxx, Tarantino has once again cast Christoph Waltz in a prominent role, and there's a solid chance he'll be the one stealing all of the Academy buzz once it's released. 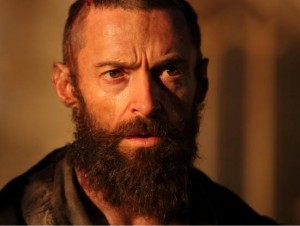 Don't laugh. Don't! Seriously, why are you still laughing? We're not kidding here. The guy who played Wolverine and taught a robot how to box actually, legitimately has a chance to bring home an Oscar this year for playing the role of Jean Valjean in Les Miserables. If there's anything the Academy voters love, it's a well-adapted and much beloved play finding its way to the big screen. Normally those adaptations don't work out so well, but along with Jackman, this one also features the likes of Russell Crowe and Helena Bonham-Carter and was directed by Tom Hooper, who also brought us The King's Speech. So yeah, there's a decent chance that we'll see someone going all berzerker on Oscar night and accidentally impaling a mostly drunken Jack Nicholson. Oh, who are we kidding, a completely drunken Jack Nicholson. 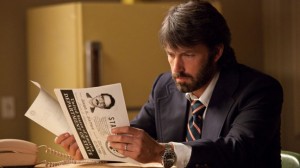 If you weren't laughing at the inclusion of Hugh Jackman, you're probably laughing now, because you only remember stuff like Reindeer Games and Gigli, and haven't been paying attention to the incredible work Ben Affleck has been doing over the last few years. Granted, that work is largely behind the camera as director of The Town and Gone Baby Gone, but for our money, Affleck has completely redeemed himself and is worthy of Oscar consideration in the very near future. That could come quickly with his latest film, Argo, which is based on a true and wild story that took place during the Iran hostage crisis. Chances are high that Affleck has a better chance receiving a Best Director nomination, but as the lead actor, considering all of the tremendous buzz the film is garnering at festivals, there's certainly a chance the Academy will recognize his on-screen contribution as well.