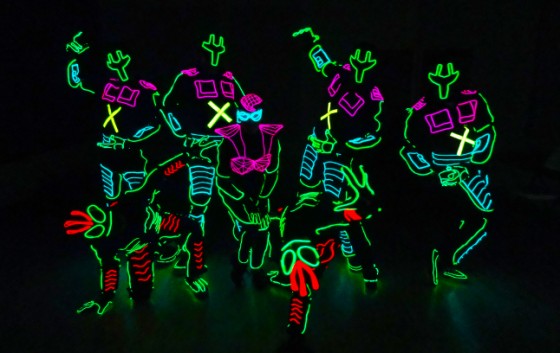 This season of America’s Got Talent is set to announce its winner on Wednesday and there’s only one act that is worth the grand prize: Team iLuminate.

The problem is, they won’t win (probably). In the previous seasons only one winner was actually deserving, Terry Fator in season two. He still has a sold out Vegas show.

America’s Got Talent is easily one of the worst shows on television yet people watch because they get to see some truly awesome acts. The winner is almost always some boring singer, but along the way an amazing act or two shows themselves. Here are the best acts to never win America’s Got Talent:

A sexy contortionist archer. Sold! It’s hard enough to hit a bullseye with hands, she does it with her feet!

These winners of America’s Best Dance Crew and stars of the The Monte Carlo in Vegas weren’t even good enough to get out of the Vegas callbacks on the show. At least Fator won.

These two guys are absolutely brilliant. You wouldn’t think dueling violins would be entertaining, but their hip hop stylings made for a truly entertaining act. They also play all original music. Team iLuminate even used one of their songs in a performance on the show.

The group had a gimmick. They played the drums on pieces of junk. What separated them was that they were great percussionists and put on a great show.

Let the video speak for itself. Incredibly creative.